Once upon a time a Chilean artist visited Jamaica… 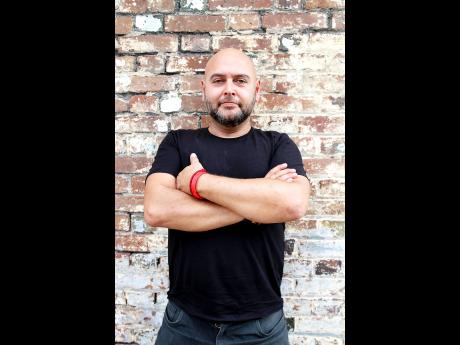 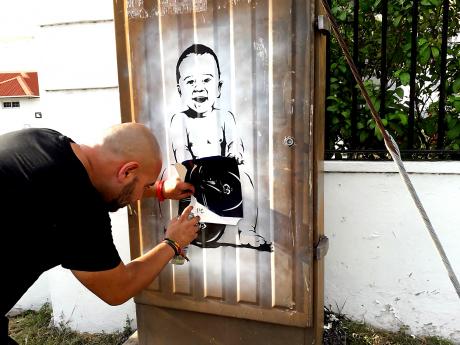 Otto Schade spray paints an image on to a telecoms box on a street in Kingston. 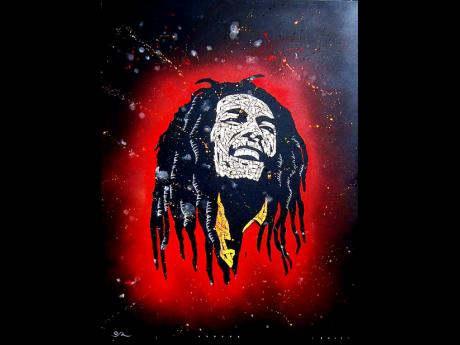 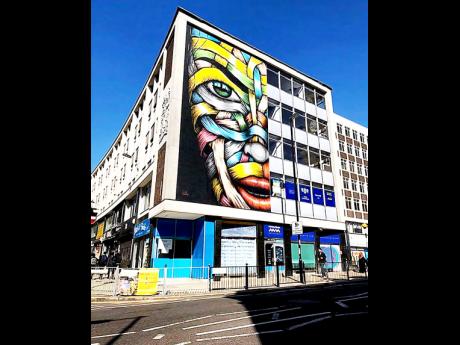 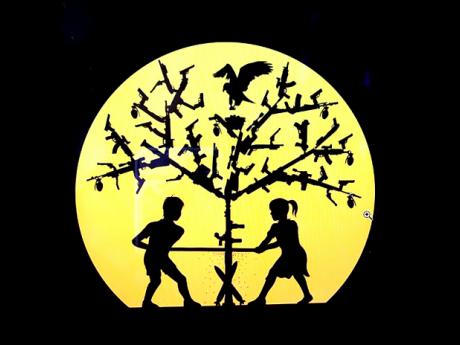 Contributed
A controversial piece by Chilean Artist Otto Schade titled 'The Pruning' – interpreted as the cutting down of the trees of weapons of mass destruction.
1
2
3
4
5

The chance to visit the island to learn the meaning of street art to the people, culture, and the artists was an opportunity Otto Schade did not have to think twice about. He hopped on a plane from London, where he is currently based, to Jamaica.

The story starts with an invitation from Alesha Nicholson, artist-musician who has been called one of Jamaica's leading personalities, taking on London's subcultural entertainment scene. Nicholson told The Sunday Gleaner that her interest in Schade was sparked by his technique then his desire to introduce the style of street art that he creates.

"Five years ago, Otto voiced his wish to visit Jamaica and share some of his ideas through art - to paint and exhibit artwork as well as possibly collaborating with a few local artistes, among those Nansy 'Inansi' Burke and Howard Moo Young (who he had the chance to meet)," she said.

Schade was born in Chile but relocated to the United Kingdom approximately 10 years ago, where he embarked on the journey to become a respected professional street artist.

"Drawing was a favourite pastime for me as a child, and as I got older and deeper into the world of arts, oil-on-canvas became the main focus," Schade explained.

He added, "London exposed me to street art, and now, spray paint gives me the freedom to bring any vision to life, though I still have to sketch my drawings in ink on paper before doing so."

Some of these visions include doing a mural of Grace Jones. "I did not know she was from Jamaica," Schade confessed.

He shared that he listened to the Pull Up to the Bumper singer and enjoyed her eccentric sense of style. "I am surprised that there are little to no images of her around the city, on walls and buildings," he notes.

Bob Marley is another local legend that has been one of his oil-on-canvas projects back in London, "him being a constant inspiration". Schade's long-awaited Jamaican trip materialised when he got to paint the external wall of the Sweet Calabash Restaurant in Kingston, and also started a piece of Luddy Samms - a former member of American rhythm and blues group, The Drifters at the Drifters Beach Bar in Negril.

"The image of Luddy is not complete without ribbons, and I did not have enough materials, so my plan is to return and complete it," Schade explains.

The Chilean artist works at lightning speed, painting ribbon-style characters and sunsets with silhouettes on to the sides of buildings with swift strokes of spray paint which he builds with other colours to create a three-dimensional effect.

He explains, "The way the sunsets are done, is very conceptual - by including images related to political topics to technology or to futuristic ideas, it is not the usual art work one would normally see. I am trying to do the same with my ribbon style. Having changed by doing thicker lines, transparency within the ribbons helps me to get elaborate in the shapes and messages, which I leave the people to make their own interpretation."

He continued: "The aim right now is to try to change the minds of people - what they think about street art. I do not describe myself as a 3-D artist because it is more related to every kind of artwork and the messages portrayed."

He says that many look on street art as graffiti done by idle vandals, but it has been the method he uses to send a message to people in authority - like the government and media, similar to his idol, the controversial British street artist.

"Many of my friends have had problems with the authorities, but I wouldn't say I have got into serious trouble because the police generally know that it is not vandalism, but it also depends on the building the artists choose to paint," he said. "Otherwise, there are persons who look at the artwork as a gift to the city and may try to reward us by taking us food and drinks while the work is being done."

The most challenging aspect on the streets is the feedback he receives for this work. "I have got different reactions from the worst to most pleasant, but I just accept them as they are given, because I have support."

Schade contributed one of his canvas pieces to the Negril Chamber of Commerce, which was auctioned at its recent Annual Gala Dinner and Dance for charity.