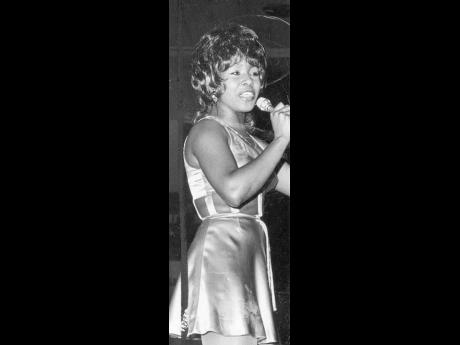 File
Millie Small is caught in action as she performs one of her crowd-pleasing numbers at the Easter Extravaganza held at the National Arena in April 1971. 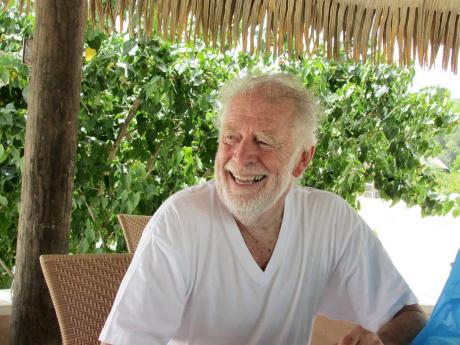 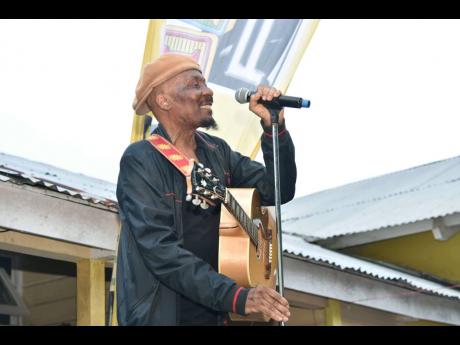 Millie Small narrowly missed out on being numbered among an elite group of Jamaican singers who made it to No.1 on the British charts. Possessing a slender, sprucy, high-pitched voice, with good looks to match, the Clarendon-born teenager made little impact in Jamaica before relocating to England in 1963, courtesy of Chris Blackwell, who was searching for talent to set up his fledging Island Record Company in Britain.

It was another of Blackwell’s disciples – Owen Gray – who took Small into studio for the first time to record, in duet with her, a bluesy ballad called Sugar Plum in 1961. It was at Federal Recording studios in Kingston – the foremost recording entity at the time – that those hallowed walls reverberated to the sound of Owen and Millie singing in unison:

Please be my sugar plum

Till the tide of life is done.”

Small’s other song of note, before making her exit from local soil, was a ska cut called We’ll Meet, which underlined her penchant for singing in duet. This time around, she had Roy Panton in attendance. Adopting a different approach, Small sang her part separately as the song seems to be conveying a message about the pint-sized teenager’s impending departure. Panton seems concerned about it as he sang:

“No matter where you run and hide dear

I know your love for me is strong dear

Small’s indifference is deafening as she responded:

“I don’t care what you say or do

I know I’m going away from you

For on the street I’m going to run.”

We’ll Meet topped the Jamaican charts and was ­numbered among the top ten songs during the Independence celebrations of 1962.

In a telephone conversation with Small in October 2017, she confirmed that she was born in October (though not disclosing the date) seventy years ago. At the age of twelve, she got her first exposure on the very popular Vere Johns Opportunity Hour talent show at the Palladium Theatre in Montego Bay.

It was at about that same age that Small left Clarendon to reside with relatives in Kingston. Influenced by the music around her and her success on the Vere Johns talent shows, she was inspired to get into the recording studios. The result was those two hits, earlier mentioned, which went financially unrewarded for her.

In the meantime, Blackwell was impressed with what he saw coming from Small and believed that she was ideal for what he was about. So she was taken to England in 1963 as a fifteen year old, totally oblivious of what was awaiting her. Small recalls the drama of the moment: “When Mr Blackwell wrote to my parents and they said yes, I just went away and sat by myself. I’d always dreamed about going to Britain, but when it happened, I could not believe it. People told me not to go, but I didn’t listen. I listened to my mother.”

By March of the following year, Millie Small became a mega-star almost overnight when her ska version of Barbie Gaye’s 1957 blues song My Boy Lollipop became a smash hit for the Fontana label on both sides of the Atlantic, reaching the number two position on several charts, including the UK singles chart, the US Billboard Hot 100 along with charts in New Zealand, Australia, and Canada. My Boy Lollipop topped the charts in Ireland, and went on to sell some seven ­million copies worldwide.

Small, the first Jamaican artiste to make the world stop and look at Jamaica as an emerging musical powerhouse, literally opened the floodgates in the UK for a plethora of Jamaican artistes to build on. They included Desmond Dekker, Jimmy Cliff, Dandy Livingstone, Dave Baker and Ansel Collins, Althea and Donna, Alton Ellis, and Boris Gardiner.

Blackwell assigned the task of arranging My Boy Lollipop to the guitar maestro Ernie Ranglin, who had earlier successes with The Wailers’ It Hurts To Be Alone and Ernie Smith’s I Can’t Take It.

According to Ranglin: “Chris thought that it was a great idea. He believed that it was fitting for Millie and that the song would last for years.”

The song was backed by an English ensemble with Ranglin being the only Jamaican. Other notable recordings done by Small in Britain include Sweet William, Oh Henry, and a couple of duets with label mate Wilfred ‘Jackie’ Edwards.