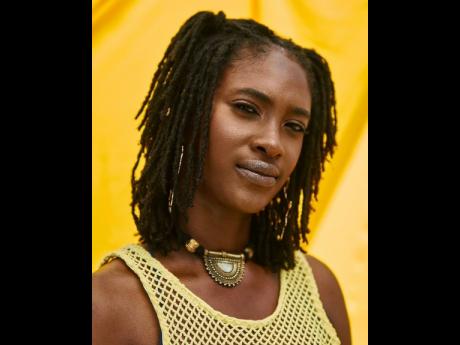 When singer Aza Lineage turned up at King Jammy’s St Lucia Road recording studio last year, she found herself in a time warp – auditioning for the veteran producer on the street before gaining access to the premises. This was the process other entertainers like Nitty Gritty, Echo Minott, Red Dragon, and Tenor Saw had to go through, and Lineage passed with flying colours.

The successful audition made way for the recording of Sound System, a 2015 single Lineage penned and has performed at various dancehall events.

“The song came about when I went to Kingston Dub Club and saw some writing on the wall that said ‘the only good system is a sound ...’. The whole ambiance struck me, and I recorded a little thing on my phone, and the next day, I wrote the song,” she told The Sunday Gleaner. “I was performing the song on different rhythms until one of my breddins seh we fi link King Jammy, seeing that he is a sound system champion. Jammy was hesitant at first, but when I auditioned, he was impressed and wanted to record the song right away.”

The track is set on the Far East rhythm, an ’80s original production on Jammy’s production label. This, she added, has allowed the single to garner more favour among music lovers.

“Is a chune weh people did a anticipate from a longer while, especially selectors and radio personalities mainly from overseas, ’cause you know the internet makes the world smaller,” she said. “Once they saw that King Jammy’s name was tied to it, people were even more interested. The song already had good feedback ’cause I used to go out and sing it and get me forward. Me love sound systems, and me go dance myself, so it’s a culture that makes you more spontaneous, witty, and quick as an artiste, and me like dah vibe deh.”

Lineage is now looking forward to a solo project with Jammy and is also working on another project with the Lineage Family – a Hermitage-based music group that she formed ties with in 2014. The set is being produced by German musician Tan Daro and will explore a variety of sounds including Daro’s speciality, digital dancehall.

“The sound will be kinda different. you can consider it a German-Jamaican link-up that will be something nice, so, hopefully, we can get those out soon.”

Since embarking on a music career four years ago, Lineage (born Dana Bernard) shared that she has improved her sound and will always strive to inspire others through her craft.

“At first, I was a little shy, but all of that is gone. my raw talent is there, but I still play with other sounds like dancehall and R&B ’cause I was influenced by that as a kid. I still live in my Hermitage community, and I will continue to do me and hope it is an inspiration to others. All of us grow up the same way, but we’re just doing different things, which goes to show that we have the power to do whatever we want to do. Me a do something positive, and me hope that can spark a light in somebody else, cause it was somebody else doing something positive that sparked a light in me.”