For the Reckord | ‘Face the Truth’ a contention-filled comedy 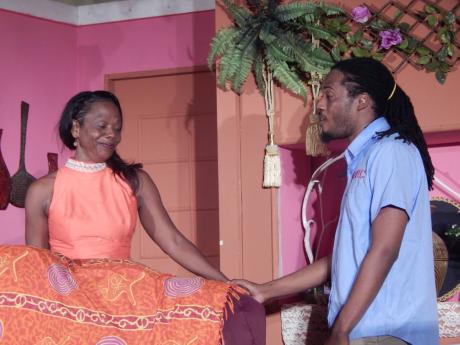 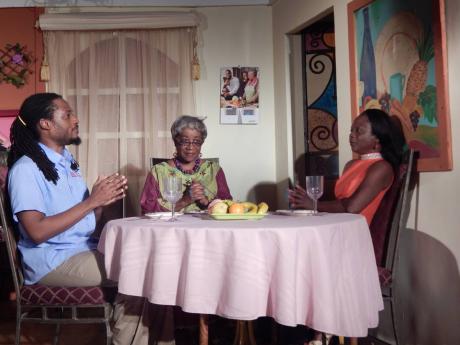 Michael Reckord
A moment of peaceful prayer in the contention filled comedy Face the Truth. 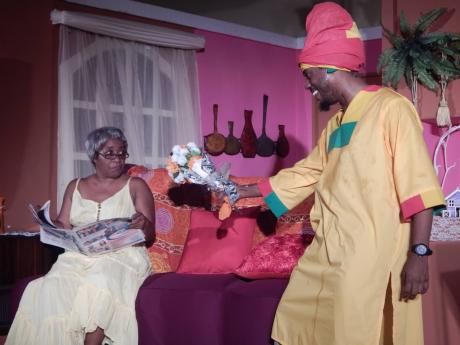 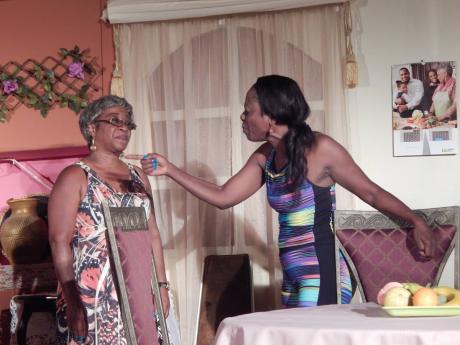 Michael Reckord
From left: Characters Dorothy (Rosemary Murray) refuses to face the thruth being told to her about her son by Babs (Angela Jarret).
1
2
3
4

The three-character comedy Face the Truth is written and produced by Angela Jarrett, who also acts in the production.

Now playing at the Pantry Theatre in New Kingston, the story surrounds a mother, Dorothy Morton (played by Rosemary Murray), who will not face the truth about her son, Ray (Brian Johnson).

Ray looks like a Rastaman, complete with long dreadlocks and the usual clothes with Rastafarian colours, but there is nothing religious about his behaviour. He is, as his mother and her helper, Babs (though she calls herself ‘the assistant’), knows a conman, as well as, more seriously, a thief and a liar.

Yet, his mother keeps putting off reporting his serious breaches of the law to the police. It is a puzzle to Babs and to the audience, especially as his wrongdoings keep escalating. But in the end, the reason for the reticence is revealed. Unfortunately, it doesn’t turn out to be a very good reason. But it does provide the playwright the opportunity to drag out the very simple story idea into a full-length play. It could have been more suitably concluded in half-an-hour.

Jarrett also lengthens the story by having each character have a problem with an off stage relationship. Ray’s wife, Jasmine, has taken their two sons – where? He doesn’t know. Baby keeps running after him – literally – on her jogging mornings, in very attractive jogging suits, and Dorothy keeps going on dates with a tradesman, a Mr Drummond.

Unfortunately, these subplots don’t help the story much. It’s not easy to get interested in a character you never see on stage. The main story, Mrs Morton’s problems with Ray keeps going round and round in circles, with the only movement being Ray’s increasingly erratic and criminal behaviour. Mrs Morton starts quarrelling with him in the first scene and continues to do so in every scene after, until close to the end, where there is a change after a court intervention. A rapid and quite unbelievable reversal follows.

All in all, the story is quite unsatisfying, not worthy of the finer elements of the production. Directed by Andrew Brodber, the play is roots – the story is simple, the tone is humorous, and the acting is exaggerated, fast and loud. But then, the realistic set – an attractive one in mainly pink tones showing a living and dining room – works against that concept. The acting is intense, and it is clear that had the three players been given stronger material, they would have been able to deliver interesting interpretations. Unfortunately, here, they have very little.