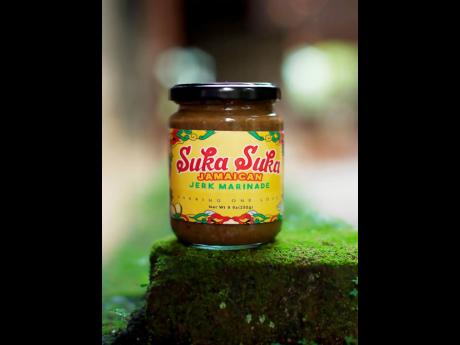 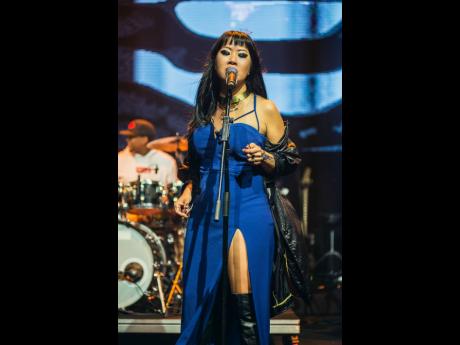 Contributed
Masia One, the founder of the Singapore Dub Club.
1
2

As thousands of revellers take to the streets of Kingston today for Carnival Road March, halfway across the world in Singapore, Suka Suka Sundays – a free reggae street party and jerk festival – will already be in full swing. The event is being orchestrated by the Singapura Dub Club and Bones n’ Barrels Sentosa.

Suka Suka is an Indonesian term which means ‘enjoy yourself’, and will feature performances by Indonesian reggae act Denny Frust and Singapore’s very own reggae/hip hop jewel Masia One. Suka Suka is also the name of Masia’s jerk sauce, which will be launched at the event. The founder and operator of the Singapura Dub Club has been at the helm of several reggae events across the country since 2015.

Speaking to The Sunday Gleaner, Masia says the jerk sauce was inspired by her efforts to promote Jamaican culture in south-east Asia. “People are hesitant and scared to learn about cultures they don’t know, but the easiest gateway to any culture is the food, so I embarked on planting some Scotch bonnet and pimento on a farmland to create this sauce. I’m trying to spread Jamaican culture and share reggae music through food, using herbs and spices grown in southeast Asia.”

Masia said the region has a blossoming reggae scene, with places like Jakarta, Indonesia, boasting more than 3,000 reggae and ska bands. Through her company, she has managed to give thriving musicians a platform to showcase their love for reggae beyond their country. The proceeds from the jerk product are in aid of this continued initiative. “I want to use the jerk sauce to support other reggae bands in southeast Asia to tour and get out there,” she said. “Because I was one of the first to brand an organised events company for reggae in Singapore, I started attracting all the reggae bands and dancehall lovers from neighbouring countries. I then wanted to bring the real thing to the people, so we targeted a lot of pioneer reggae icons like Sister Nancy, Johnny Osbourne, U Brown and Richie Stephens, and it has been a beautiful thing ’cause Singaporeans have never experienced this kind of vibes before and the artistes here get to meet their icons in person.”

She said that Singapura Dub Club events have also proved a treat for Europeans and Americans natives working and living in Singapore who are unable to attend signature reggae festivals. “They were excited to finally have somewhere to go in Singapore to enjoy reggae music and eat Jamaican food,” she said. “Once it started becoming more fashionable, the curious people that are born and bred in Singapore started coming. Looking back, it was hard starting out because cause it was really my own pocket money on the line, but on the other hand, I got to watch something grow from the grass roots to being asked by Singapore’s government to throw a jerk barbecue event, so it has been a beautiful journey.”

Masia was first introduced to reggae music by her late brother, before moving to Canada as a child where she learned about dancehall music. After graduating college, she launched a rapping career before transitioning to Hollywood where she worked with celebrated acts like Pharrell and The Game. Missing her true artistry, she abandoned the California lifestyle and headed to Jamaica where she spent several years involved with charities, teaching, and working with various bands, including Dubtonic Kru, writing reggae music. Now back in her homeland, she hopes to merge the cultures which she said are closer than many think.

“The founding father of Singapore is Sir Stamford Raffles, who was born in Port Morant; and Singapore’s founding leader, who made it the modern metropolis it is today, is Lee Kuan Yew. He visited Michael Manley when he was in power to study the post-colonisation parliamentary system, and used Jamaica as a model of what he wanted to see for Singapore,” she said. “There are a lot of ties, people are not as different as they think they are. Singapore is a very efficient and organised place, there is almost no homelessness here and almost no violence. Jamaica has that raw energy and celebration of life, soul, the arts and culture. If these two countries get to know each other it would be a beautiful balance in life and we could give the best to one another.”