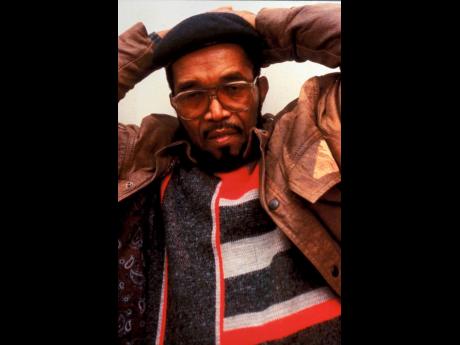 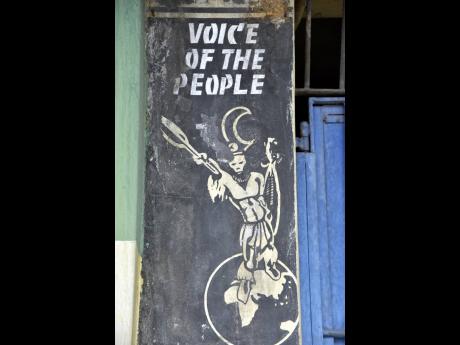 He labelled himself ‘The Voice of The People’, and in a real sense, that’s what he was. Rarely would he find himself in a position where he could defend the underdog (physically) or the underprivileged and refuse to do so. Prince Buster grew up under tough conditions on Orange Street in downtown Kingston, where he became the leader of a street gang. He learnt boxing early, and this taught him how to defend himself and put his pugilistic abilities to good use, not only by winning fights inside the ring, but also outside. “I have always been the people’s man. From a boy I learn boxing early, and it help me to voice and hold my opinion for the people,” Buster told me in an interview years ago.

Perhaps Buster’s best-known and memorable out-of-the-ring heroics were his defence of Clement ‘Coxsone’ Dodd’s dances against marauding mischief-makers and dance crashers during the late ’50s and early ’60s. In his characteristic style of defending the underdog, Buster offered his crew as security for a man who, at the time, was young in the sound system business and plagued mainly by Back-o-wall gangs. Buster, who was familiar with Back-o-wall, an enclave that was later transformed into the late Edward Seaga-conceived Tivoli Gardens, was able to quell many an onslaught on Dodd – either by persuasion or coercion. “A little street youth out of the ghetto going challenge a Back-o-wall gang who a mash up Coxsone sound and have Coxsone a jump fence and a run lef him sound system,” was how Buster described his defence. Buster’s help went a far way in helping Coxsone to build a sizeable following by 1956.

But contrary to what many think, Buster revealed to me that he acted merely out of sympathy. “I neva work with Coxsone. I going get this clear with everybody – I neva worked with Coxsone. What happen is this: “Coxsone did fear these people and see this little boy a chase some badman one day and said to Matchuki (Buster’s good friend), ‘ a dem little youth de me waa beside me, yunno.’ And him send Matchuki to me. Now, me is the man who going always go with the underdog. me don’t know why. Me is the protector fe the underdog, and I became the man fe him, and me do a lot of things fe him. Him was me friend. I just didn’t love some of the things him do,” Buster revealed.

By the end of the decade, Buster used his self-proclaimed title to also label a sound system he was building. He was beginning to realise that his presence and influence at Coxsone dances was largely responsible for Dodd’s success, and that he, too, was building a large following. So he wisely contemplated starting a sound system of his own, bearing in mind his vast knowledge of song titles and record labels. Asked to explain his motive behind giving his sound that name, Buster said, “I am coming from the people. they (the other soundmen) weren’t. They were business people from different areas. The whole system of how my sound was made up, it was made up by the people – my friends at Matthews and Luke Lane.” At one point, The Voice of The People sound system became so popular that it eclipsed the popularity of both Duke Reid The Trojan and Sir Coxson Downbeat sound systems.

The success of Buster’s sound was, however, short-lived as he was stopped by immigration on one of his attempts to travel abroad via the Farm Work Program to acquire records to play at dances. He put it down to downright sabotage. He told me, “Is go wey mi a go wey the morning, yunno, and the man (immigration officer) jus come and say, ‘Mek me see yu hand middle. this hand can’t cut cane’.” Buster is adamant that it was a set-up designed to prevent him from dethroning his rivals. “That cause me to turn to Drumbago, doing rehearsals night after night and giving him my style,” Buster said. And that is how Prince Buster got into the recording and production of hundreds of songs for himself and various artistes between 1960 and 1964.

* Follow this column next week for the continuation of Prince Buster’s music career.