Blvk H3ro breaks his own promise with ‘Superstition’ 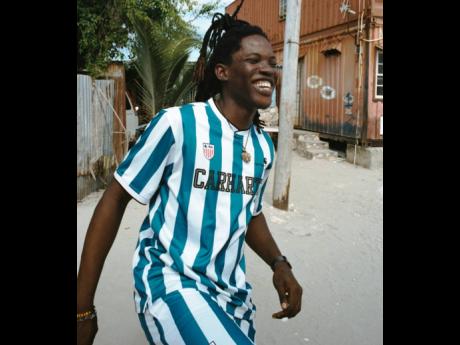 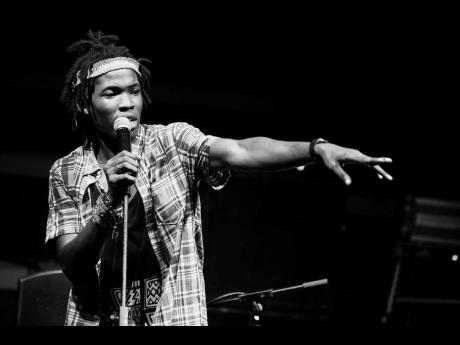 This is a story of never say never.

Reggae artiste Blvk H3ro, and those close to him, would never have anticipated that the scatting, do-wopping, perpetually swankily dressed performer would take on a cover.

“I’m not really a cover artiste. I don’t like it. People know I’ve never tried to sing anyone else’s song, not even on stage. It’s not my thing,” he told The Gleaner.

But that is no longer true.

Last Friday, Blvk H3ro released another single from his debut album, a cover of the Motown classic, Superstition, originally sung by Stevie Wonder. He believes the decision was cosmic, and it has inspired a renewed approach and attitude to rehashing the past.

“It was really Jah, because what happened at first, it was supposed to be part of some big project. A producer from Europe, he was gonna reproduce Motown’s best records, including Stevie Wonder’s Superstition, Inner City Blues by Marvin Gaye … just a whole other set of hits.”

He continued, “The project with Motown didn’t work out, so I told the producer I wanted the song. We put it out, got it cleared, and here we are now,” he explained.

Blvk H3ro said that when he heard the track he felt a connection. He was so inspired in the recording booth that there’s an additional, freestyled third verse on his version of the classic.

“This song was just so powerful. Sometimes, for the message to connect to an audience now – this generation – we as the current musicians sometimes have to interpolate it and try to remake them and add our flair and energy so that the message can still be heard,” he said.

Now, having released his own update of a classic, the experimental artiste is more excited than jittery about feedback.

“I’m not so much nervous about comparison and criticism. Just more eager, actually anxious, to hear what people have to say, because on it, my vocal delivery is different. Even though it was recorded two or three years ago, the vocal delivery was more powerful. In some parts, there’s some Michael Jackson flairs and falsettos. Mi just can’t wait.”

Blvk H3ro continues to beat his path to international stardom. Once again, he was noticed for his sartorial sense.

Last summer, H3ro and Unga Barunga of Notice Productions were unveiled as the faces of Levi’s Vintage Clothing FW18 Rockers Collection. This year, H3ro is once again modelling, this time for Carharttwip High Summer ‘19 editorial looks, along with Runkus, Leno Banton and Osunya Minott.