Kingston gets a new orchestra and theatre 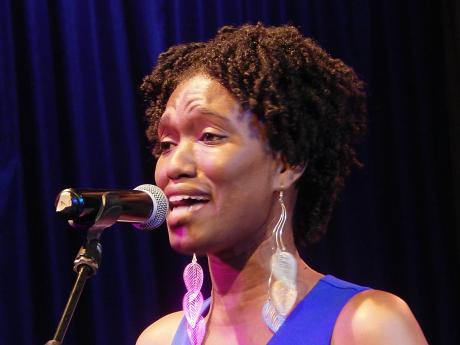 Contributed
Tashi Campbell, a singing student of Avant Academy of Music, performing at the PSCCA.

Internationally acknowledged as the cultural capital of the English-speaking Caribbean, Kingston recently got the wherewithal to offer even more to culture buffs. There’s a new orchestra and a new theatre in town.

At the first performance of the orchestra, at the Philip Sherlock Centre for the Performing Arts (PSCCA) on July 5, Small, the arranger and conductor, led the ensemble in the performance of the music of several Jamaican icons, including Bob Marley, Jimmy Cliff, Dennis Brown and Marcia Griffiths. That show was the first of a three-night music festival to promote the programmes of the institution and raise funds for scholarships.

The second night was mainly for fans of “roots, rock and reggae,” and featured several professional guest performers. Backed by the orchestra, current students showed off their skills on the third night. Some were such rank beginners, one couldn’t honestly predict any musical future for them; others displayed clear talent.

After the festival, Small spoke to me of his “big, hairy, audacious goal” for the academy – the granting of 150 scholarships to students to pursue a three-year programme to gain a DipLCM from the London College of Music. Getting the diploma is the equivalent of completing the first year of the undergraduate music programme at the University of West London, he said.

“The scholarships will be offered in September through an audition process,” he continued. “In order to offer the scholarships, funding has to be acquired.” Hence, the festival.

Also slated for September is the rollout of an early-childhood music programme, using folk songs and conducting techniques to modify behaviour through music.

Said Small, “The programme will be offered after school and is geared towards giving children music appreciation and experience, and also deepening their cultural exposure and enhancing their ability to control their behaviour. The behaviour modification component of the programme has value to schools that deal with special needs, such as autism and aggression.”

Small emphasised that the academy was also very concerned with the behaviour – often criminal – of older children, termed ‘unattached youth.’ Music education, with certification, will be offered as a solution to their problems. “This is where our orchestra and scholarship programme come in,” he said. “The orchestra is how we transfer the skills to make them employable.”

Currently, the orchestra is made up of some of the academy’s faculty and students, as well as students from the Edna Manley College’s School of Music.

Fabian Barracks, a ‘veteran’ theatre practitioner at 30, will also use his new theatre to train young people for the world of work. The 250-seat theatre, with its 16ft x 20ft stage and 15 stage lights, will be a hub for the hands-on training of youngsters in activities related to play production. These include lighting, sound, stage management, directing and marketing.

However, Barracks, the theatre’s manager and the producer, director and writer of nine plays over the past decade, will primarily use the theatre to mount two of his plays annually.

Now running is Barracks’ latest play, Ananda Alert. Establishing the theatre, writing and producing the play must have been quite a task, and the weak directing indicates that Barracks would have better served the production if he had left that function to someone else.

A director’s guidance was not evident the night I saw the play. All the performers, except the School of Drama-trained Gracia Thompson, went so far over the top with their portrayals of their characters that they ended up as caricatures, not believable people. The excitement that the high-school student audiences showed at the Barracks plays I’ve seen, over the years, was missing from the largely adult audience.

We saw Crystal Fletcher as Shaday, a victim of kidnapping and abuse; Aisha Davis as Diane, her mother; Christiana Harris as Fendi, her hyperactive school friend, and Andre Bennett as Calvin, the kidnapper. Thompson played Grandma Pearl.

Barracks states that over the years, he has found “a formula” to deal with serious issues like teenage pregnancy, peer pressure, child abuse and bullying. Ananda Alert’s predictable storyline suggests he used the formula. By definition, formulas stifle creativity.

For this weekend, the show is on tomorrow and Sunday.