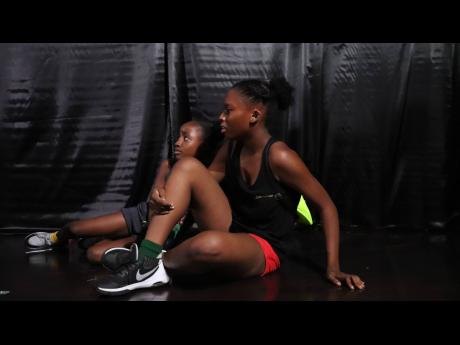 There was no more room, not even a foothold in the doorway, to house all the bodies trying to get into ASHE’s makeshift Vibez Theatre for their summer school musical finale, Island In The Sun. Some patrons even had to be turned away at the door, made to wait outside as their son, daughter, niece, nephew, or cousin excited the audience with cultural performances in song and dance. The original plan, to erect a stage on ASHE headquarters’ front lawn, was thwarted by an overbooked production company, leaving the organisers no choice but to relocate the youngsters’ performance into the troupe’s dance studio.

Remarkably, the mishap turned positive, proving the pull power of the next generation thespians. An experience that could have easily descended into a choked, miserable mess, marred by overcrowding, was, instead, a captivating, ‘edu-taining’ and extremely adorable execution in which rocksteady, mento, ska, and other genres were profiled, connecting their emergence with historical incidents, strongly pillared by a company of multitalented children.

“Awesome, awesome, awesome!” reviewed one parent, Natalie Waldron. She was beaming with pride post-show, ecstatic at the vision of her previously introverted daughter completely breaking out of her shell after attending the three-week long performing arts summer school. “Just seeing her out there dancing – and she doesn’t have any rhythm – and she was doing it! She was practising at home. It just made me feel great. And the entire show was just good. It was awesome. She didn’t want to come. She asked why did she have to come. And before the production, get this … she asked, ‘Mommy, can I come back next year?’”

In under a month, the summer school participants, ranging from about ages four to 15, pulled together a complete musical experience packed with a gamut of historical references on aspects of Jamaican culture like the African retentive practice of Nine Nights and the currency of dancehall. Spoken-word pieces, comedic dialogue, folk songs, revival songs, and popular songs like Skankin’ Sweet, Likes, and Like A Whistle by Chronixx; Fade Away by Romain Virgo; and Winning by Agent Sasco were arranged to contextualise Jamaica’s cultural history.

A few minutes into the performance, a piece of the black cloth backdrop slipped to reveal the dance studio’s mirror. Like true professionals, the children continued unfazed, and the audience remained tightly squeezed but rapt and arms stretched high, phones aloft to capture the action.

And it was really a tight squeeze. Ushers packed as many chairs as possible into the makeshift theatre, lifting chair legs across heads and stuffing them into spaces that should have been left for walking. But that was not a problem. Those who didn’t benefit from the extra seats, squeezed themselves into corners, backs flat against walls, crouched behind the standing lamps lighting the stage. The crew extended their accommodation by sneaking chairs through a ‘backstage’ door as quietly as they could, lining them in the corner so that some patrons could sit along the side of the stage during the performance.

Cathi Levy’s Little People and Teen Players Club (LPTPC) alum Sherine Pinnock was in the audience, supporting her niece. “This really brought me home. That was my foundation. I’m not a parent, but I always encourage everybody to be a part of the performing arts, especially children, because it really moulds your personality. I’m an interesting case because I was an extrovert, but, of course, being a part of LPTPC, it was really good for me,” she told The Gleaner.

The evidence was on stage. Personalities shone. The babes, as young as four years, were keeping step with and adding their voices to the harmonic children’s chorale. Of course, they were always glancing up and around, checking their older mates for cues. But the talent, determination, and looks of sheer excitement and accomplishment padded every one of those moments.

Getting children so young to give such amazing performances may baffle some, but integrated marketing and communications lead for ASHE Ifidel Williams shared that there is a particular methodology that works for the team. “We call it the E-I-C approach. We excite the students first, we involve them, and then get them to commit. Once we excite and involve these children, we can get them to do anything. That’s a part of our process. That’s how we work with young people. That’s how we do work right across the region,” he said.

“After summer school, there’s an academy programme that runs on a term basis, starting in September. Quite a few academy members were on stage. But the summer programme is just for the month of July. It started on Monday, July 8, and culminated with the summer special. So we really had these children for three weeks. What was on stage was children working for three weeks in the performing arts – acting, singing and dancing – to produce something at this level,” Williams added.

The work will continue with those academy members carrying Island In The Sun to CARIFESTA XIV in Trinidad and Tobago, August 16-25.