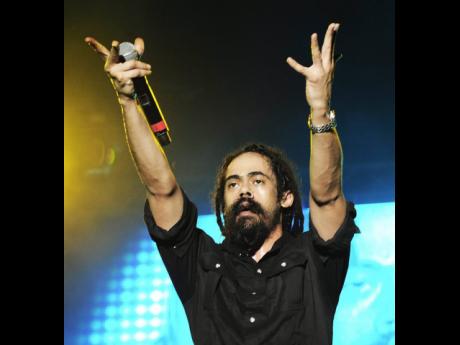 Having completed his latest production, Third World’s just-released album, More Work To Be Done, which has been attracting much critical acclaim, Marley scion Jr Gong is not resting on his laurels. The young veteran, who has collected a floor-to-ceiling list of accolades on his musical journey, whether he’s wearing his artiste hat, or his producer’s cape, is sweeping out his studio as he prepares to lay the tracks for yet another album. This time, however, the project is a bit more personal.

“I am hoping to have an album released by next year,” he told The Gleaner. “I am just cleaning up the studio to start,” he said, of what will undoubtedly be another highly anticipated project. Pressed for a specific release date, he noted, “The music directs everything, so I can’t really give a definite date.”

It was two years ago that the Damian Robert Nesta ‘Jr Gong’ Marley released his fourth solo album. Titled Stony Hill, it was released on July 21, his birthday, and went on to win the Grammy Award for Best Reggae Album.

For the Third World album, critics are already whispering the word ‘Grammy’ when speaking of it. At the group’s listening party, the point was made that although Third World – which made their debut travelling in 1975 as the opening act for Bob Marley and the Wailers World Tour – is a many-time Grammy nominee, they have yet to add that accolade to their trophy list.

Jr Gong, for now anyway, is really just in a feel-good mode as it relates to More Work To Be Done, on which he also collaborates with the group on a song titled You’re Not The Only One. Actually, it would be fair to say he is beside himself with joy at the entire creative process and the reception of this heavyweight album. “I am very proud to have been trusted by my musical heroes,” the youngest son of reggae icon Bob Marley told The Gleaner. “The feedback so far has been good.”

With regard to the title of the album, he stated that although Third World’s legendary status is incomparable, “there is still more to look forward to”.

“Even though the great (Bunny) Ruggs has transcended, there is still more work to be done,” he said

And, Gong himself has more work to do. Lots of it. In addition to prepping for his newest album, the internationally acclaimed reggae artiste will also be busy on the circuit. On his itinerary are upcoming concerts in Greece, Amsterdam, Hawaii, and the Hollywood Bowl.