Massive collaboration in the works for Oranje Streetz label 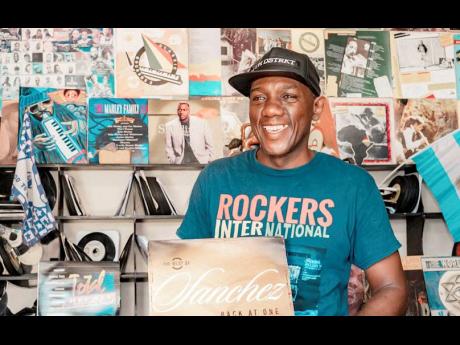 The effort, which merges the seasoned with newbies, will embody the groovy rub-a-dub sounds of the ’80s, and as Williams put it, “Won’t be too slow, and has a nice tempo.”

“Everybody is singing like four bars, and the song is speaking about war and mankind at odds with each other, so each artiste is relating to it in their own way,” Williams told The Gleaner. “It’s different from the regular projects outta road now, because of weh dem a sing ‘bout and the type of artistes weh deh pon it. Flabba Holt is also not just singing on it, but playing bass too, which is a big deal ‘cause he’s one of Jamaica’s greatest bass players. Mi expect this song fi play plenty, it nuh monotonous, and you can listen to it when you’re driving or doing anything; there’s an artiste on it for everybody.”

Williams shared it was not difficult getting the acts on board, despite a noticeable decrease in collaborations of such a huge nature over the years.

“I always pull towards the older artistes ‘cause dem easier to communicate with, and me always have a friendship with them out of respect,” he said. “Johnny Clarke a somebody mi idolise for many years until me and him turn brethren; it’s the same with Stranger Cole, so once me put up a project dem always willing to support me. I notice new producers hardly record the older artistes, but dem fan base huge overseas so it’s quicker to get the attention of those outside Jamaica.”

It was just last month that Canadian deejay Snow told The Gleaner that he intends to remake a monster collaboration like his 1995 Penthouse hit, Anything for You, which had high-flyers Nadine Sutherland, Beenie Man, Buju Banton, Terror Fabulous, Louie Culture, and Kulcha Knox. Speaking on the making of the song, Snow said:

“The vibe was natural, it wasn’t like a competition, and everybody loved each other’s verse. The video was top-notch, the artistes were top-notch. Before that song, there was never a song with seven of the top artistes, and we haven’t seen it lately, so I guess Snow’s gonna have to come and do it again.“

Reflecting on music then and now, Williams said most entertainers today refrain from doing projects with multiple artistes because of ego and industry politics.

“Di artistes dem full of ego. Dem nuh waan nobody write fi dem, and dem nuh waan sing with nobody, especially if yuh come from a camp where dem have enemies. It nuh matter how di artiste bad, dem nuh waan do it,” he said. “Back in the ’90s, and before that, we had a lot of collabs, cause from yuh popular yuh woulda waan do a song with a next popular artiste. That was the way to go, but now dem nuh do that. There is too much division in the music and it mek di business nuh good again.”

Williams, also the curator at Rockers International Vinyls and Museum on Kingston’s ‘Beat Street’, established his label in 2016 and says he will not shy away from producing more collaborations, despite the current ‘singles’ trajectory.

“Me up for collabs any time with anybody, me just waan know the chune bad and the concept good and mi alright,” he said. “There is a market for it still, and if artistes did more collabs it would make the music nicer. Look at songs like Action with Terror Fabulous and Nadine Sutherland, even work that Snow did, music like that doesn’t die ... we just need to come together and do more collabs. We nuh supportive of each other in the industry.”