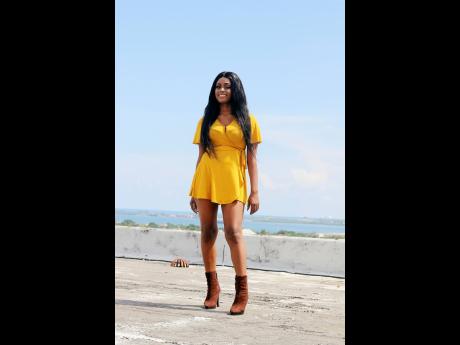 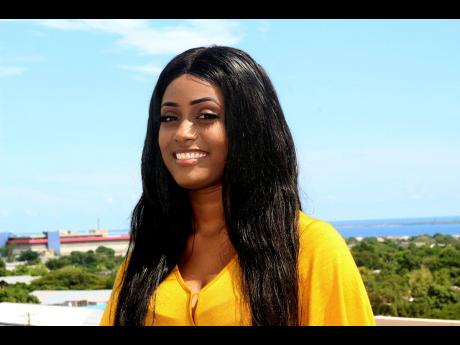 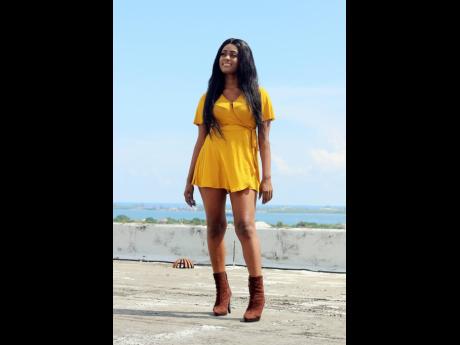 Standing at five feet, two inches tall and weighing 115 pounds is a soft-spoken, dancehall rising star –or perhaps we should say queen – who goes by the name of Safiyah. She is the reigning (and last) Magnum Queen, having earned the title last year, following a nail-biting grand final.

“Behind the scenes was full of pressure to the point where I became depressed, which consequently affected my delivery on stage. There were times when I would just say, ‘go out. Say wah you a say, and if you get the votes, or nuh get dem, a suh’ because I thought that I was not showing my full potential and would not even make it to the finals,” Safiyah said of her participation in the Magnum Kings and Queens of Dancehall competition.

The announcement that the competition would be no more remains a puzzle for Safiyah, who anticipated passing on the crown and acting as a mentor to the new crop of aspirants. Still, this has not thwarted her vision to be a helpful giver of advice to aspiring recording artistes like her.

Safiyah, given name Danya Elliston, says that since winning the competition, she has been working hard to rank among the existing female dancehall heavyweights.

“I can definitely say that I have matured in my thinking, and I have become more productive and consistent. It’s all about speaking things into existence and being intrinsically motivated,” she told The Sunday Gleaner.

In uncovering her talent, she has also realised her ability to produce music. Her latest singles, Diamond and Trust Who, are products of that discovery. Trust Who, a single, which has a radio-edited and explicit version, was inspired by Safiyah’s subjection to deceitful characters in the local music industry.

“What many don’t know is that the competition, while it served as a platform to expose talent, did not introduce the artistes directly to people to work with. It is not responsible for the promotion of the artistes once the competition ends, and if you do not have the funds, nobody looks at you,” she said. “So, the track, basically, speaks to that and I have encountered individuals who say one thing and mean something else, which is another reason I decided to be independent and invest my own money in producing my music.”

She notes that while she is throwing her own music into the competitive ring that is dancehall, it is not her intention to throw punches at any specific artiste and she does not plan to join the battle of female artiste against female artiste.

“I don’t think there are enough females in the dancehall, and some of the personalities getting the promotions are not necessarily naturally gifted with the creativity that the genre was originally known for,” she said.

She added, “There are productions on the airwaves that may not have received deep or proper analysis from the right set of people. Maybe I critique from the perspective of a literature-aficionado why sometimes the lyrics seem repetitive or are, simply put, stupid. I just think a lot more time and effort needs to go into the songs that are being released.”