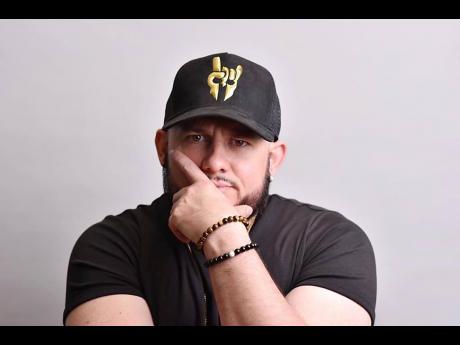 Seventeen years have passed since he migrated, but the London-based comedian who goes by the alias, White Yardie, still speaks patios as though he is walking through the streets of St Elizabeth, the parish where he was born. His accent, also as strong as the day he left, usually acts as the attention-grabber on any stage, but for several years it was also a trait he had to defend.

“Being white and from Jamaica, there was whole heap of discrimination when me just start. There are people who can’t, or won’t, accept it and those that don’t like it. Within comedian circles, they would comment, ‘ah who him think him is and a put on the accent’?,” White Yardie told The Gleaner.

Born Harry Gregory, the delivery driver-turned-comedian describes his childhood in the St Elizabeth capital, Black River, as “mango tree struggles, no less or more”, oftentimes walking to school or not having soap to bathe.

“There are people who feel like me nuh know or understand certain things because there is a stigma attached to the colour of my skin that I was a privileged child, when that is really inaccurate. Me nuh grow nuh different from any other Jamaican child,” he said.

Referring to when outsiders question his upbringing, he added, “It becomes annoying; people have their own opinion of the island even when they have not travelled to see it for themselves.”

Over the past seven years, White Yardie has become a powerful force in comedy, and this, he says, was accidental. He transitioned from simple social-media expression via video to sharing satirical stories that speak truth, mocking questionable characters and exposing hypocrisy, in front of a live audience.

“I am over changing people’s views of me, either you like me or not. Me just nuh have to prove nuh point. People can always talk what they want because I have learned that success comes when we keep striving and doing our best to remain positive,” he said.

The stand-up comedian desires to commission a documentary film about growing up Jamaican. “I want to speak of my upbringing and showcase more of its multicultural uniqueness that our motto ‘Out of many, One people’, represents. Our country’s whole popularity is about that and me woulda just waan a production that says, “educate oonuself, understand that di whole world is not about black and white’,” White Yardie said.

Using his characteristic sharp wit, White Yardie is shining the light on a situation that concerns him. He has underscored the difference between authentic Jamaica and Caribbean food and items branded that way for the purpose of attracting the market.

“There are a lot of wrongly presented things on the market, especially with food, people adding the word ‘Jamaica’ before the name or labelling it as such. Currently, I am using my platform to showcase these things,” he said. “It is basically sending a message to the producers to say, ‘do not mix up Jamaicans with what you are making or selling because you give us a bad name’, and a few have pulled their products out of stores.”

White Yardie will be headlining the quarterly special of the Johnny LIVE Comedy Bar next weekend at the Shell Bandstand in Hope Gardens, St Andrew, and at the Montego Bay Community College in St James. It is the comedian’s first time performing live in Jamaica, and, to his disappointment, the short trip will not allow for him to visit his home town.

“The audiences are sure to leave the show knowing more ‘bout me. When me deh England, people see me as a white man, but after hearing how me talk comedy on real things I go through, dem have nuff more to say. That is the same expectation I have for the Jamaican audience,” White Yardie declared.