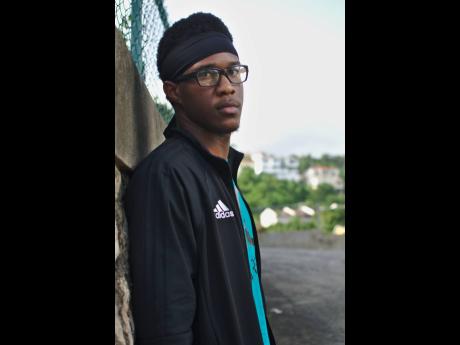 Eighteen-year-old Van Creed is a musical anomaly. Pairing his skills on the saxophone and keyboard with the production software Logic Pro X, he is the maestro behind several viral remixes surfacing on social media this year. One of his biggest remixes was his take on Nicki Minaj’s summer bop, Megatron, which samples Danny Browne’s 1997 Penthouse wonder, the ‘Filthy’ rhythm. His interpretation incorporates Mr Vegas’ Heads High, and interestingly, the theme song from Nickelodeon’s Rugrats.

This borderless form of inspiration isn’t the only thing that stands out when it comes to Van Creed. Describing himself as a ‘holistic producer’, his brand defies the behind-the-scenes profile that is often associated with producers. Each of his releases is debuted with an Insta-friendly video, which shows the production prodigy dancing and acting, or as he puts it, entertaining.

Be it a ‘saxy’ remix of George Michael’s Careless Whisper, dancing in a gully to his rework of Will Smith’s Fresh Prince of Belair, or scoring collaborations with entertainers like Dancing Rebel, Creed is definitely not “that person.”

Standing at six foot five inches, the Spanish Town native, whose given name is Vanderleer Palmer, walked away from a career in track and field, which he pursued while attending St Jago High School. Raised in a musically rich family, including Adahzeh members Karissa and ChevyPalm (sisters), he was introduced to the saxophone as a child by his brother, musician Caniggia.

“He got a tutor to start me off and after that, I just learnt through practising. The keyboard was also in the house and I just went on it and developed on it as well,” he said. “I remember the first time when I believed in myself to play the keyboard was this famous song by Lil Jon, Snap Yo Fingers. My sister played it on the keyboard when I was very young and I asked her to teach me, but she had something to do, so I just went on it and learnt it myself. I was no older than seven.”

He pulls from different eras and genres for inspiration, and cites Bob Marley and Michael Jackson as his biggest musical influences. Though he could not say whether he wants to work with artistes and record music in the future, Creed hopes to be an inspiration to others.

“If I should be sure about what I want to do, I just want to entertain,” he said. “My main thing is to influence the world positively, so it doesn’t matter what will make me do that, I will do that. So far, the feedback to my work is that I’m different, and people appreciate that I am creating in a holistic way.”

Is there a market for his kind of entertainment in Jamaica?

“I don’t do things for specific people, country or race, I entertain, so whatever happens, happens,” he said. “I love it and look forward to people’s feedback and if they say to do it a different way and it makes sense, I will adjust myself; but I am just being me and entertaining, not necessarily targeting.”

He is excited about his exclusive show, Van Creed Pon Di Beat, and said people can follow his social media for more details.

“We haven’t confirmed a date as yet, but my birthday is on November 5, so it will be aligned with that,” he said. “It’s gonna be about me but it’s not just me alone, it’s about the people, too. so I want everyone to look out for it.”