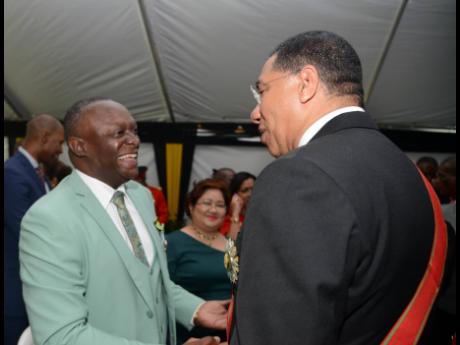 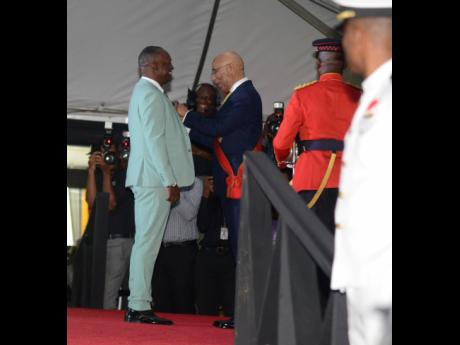 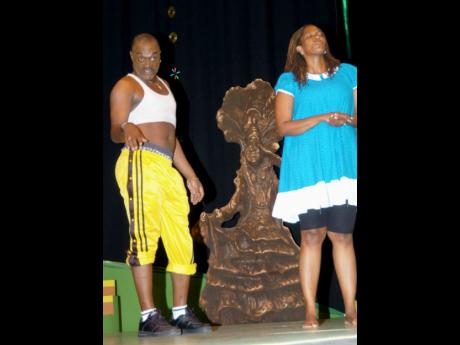 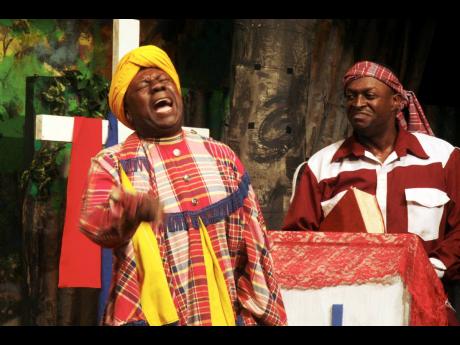 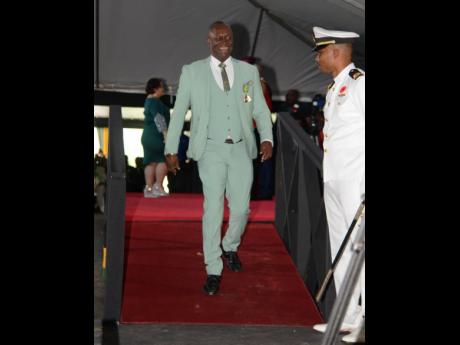 Kenyon Hemans
Glen ‘Titus’ Campbell receives the Order of Distinction in the rank of Officer for his 38 years of outstanding contribution to Jamaican theatre as an actor on stage, in television and film.
1
2
3
4
5

Prior to receiving his National Award at King’s House yesterday, actor Glen ‘Titus’ Campbell said that he asked permission to do the official shuffle as he collected the nation’s sixth honour – the Order of Distinction in the rank of Officer.

“I had to stay true to what allowed for me to receive this special honour, but I made it a point of duty to ask the major in charge for permission as I did not want to do anything out of order,” Campbell told The Gleaner following the awards ceremony.

“In fact, after doing the shuffle, the major instructed me to report to work with the army next Monday,” he continued in humouristic fashion.

It has been 38 years since United Kingdom-born Campbell has been consistently representing for Jamaica’s theatre industry, acting as some of the most memorable characters in local plays and on-screen productions, one of which, the Jamaica Broadcasting Corporation television series Titus in Town, earned him his moniker. He had theatre roles in historical productions such as Smile Orange in 1993, State of Emergency in 1996, Breadfruit Kingdom in 1999, Class of ‘73 in 2006, Love Games in 2007, and Matey Chronicles in 2017, and is also part of the cast for the movie Sprinter, officially released last year.

Admired as one of the out-of-the-ordinary thespians on local stages, Campbell’s work has been compared to the likes of Oliver Samuels, who was conferred the Order of Distinction in the rank of Commander in 1998 for his work in theatre and as an ambassador to his country.

Campbell joins the likes of Samuels and other theatre professionals, including Fae Ellington, Leonie Forbes and Patrick Brown who, he said, “have all been an inspiration to me and my career”.

The Order of Distinction comes 20 years after Campbell was presented the Actor Boy Award for Best Actor in a Lead Role in Breadfruit Kingdom, an award that he has been nominated for more time than any other Jamaican actor. He anticipates that the national award will bring more focus to his work and the theatre community.

“Receiving the award makes my work worthwhile, and I am hoping the work that I am doing will not only be recognised especially with the national honour, but help me to reach the younger people in light of theatre arts programmes expanding throughout schools across the island,” he said.