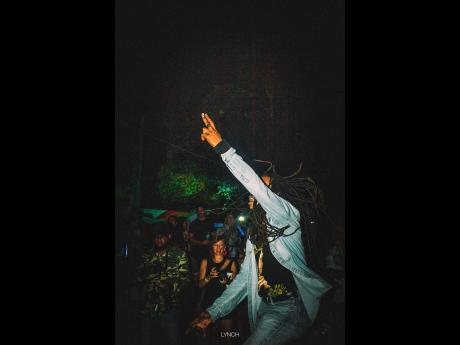 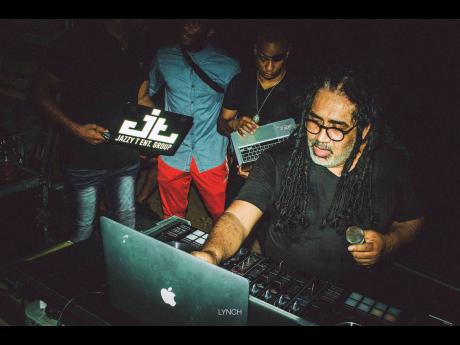 Photo by Romario Lynch
Rory Stone Love on the deck, as Jazzy T and Delano of Renaissance Disco gear up for their set at Dubwise 2019. 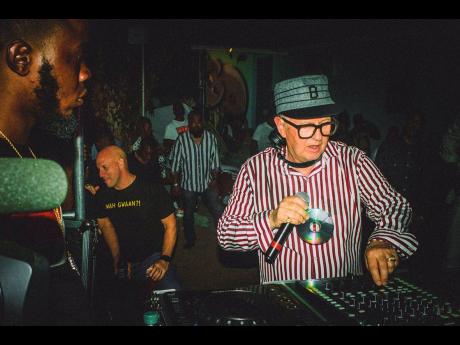 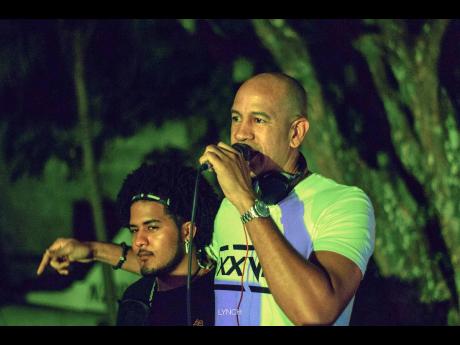 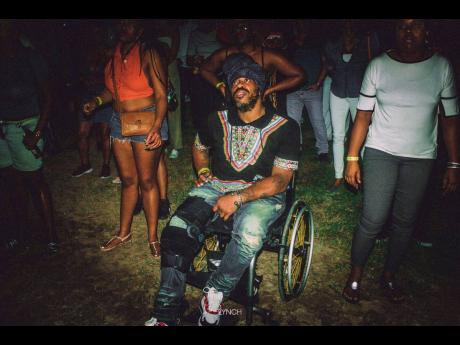 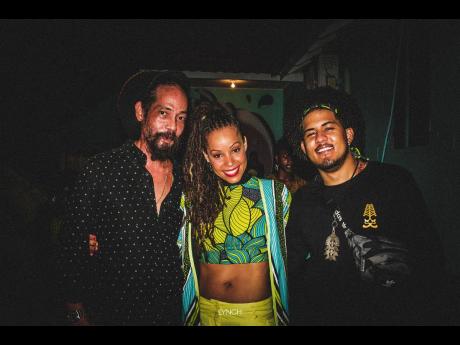 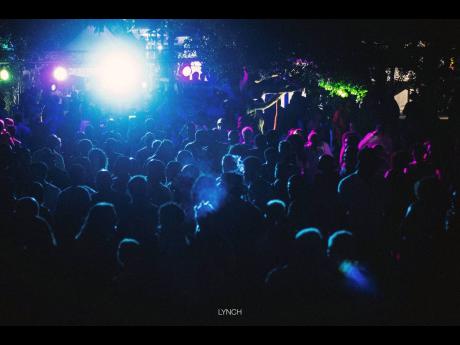 David Rodigan, Rory Stone Love, and Delano and Jazzy T from Renaissance Disco headlined a groovy reggae party last Saturday night at a pre-opening event at Kaya Herb House on Lady Musgrave Road. Organisers aimed for an authentic dance hall, and executed to an exceptional standard, with speakers stacked. In addition to sharing in a brand new space, Dubwise patrons were on time’s tightrope through yesteryear, and then yanked back into the present with dubs from youngsters like Koffee and Lila Ike.

Patrons were led to the backyard lawn space of a building still under renovation. Though unfinished, Kaya Herb House’s ambience was already intriguing, and metaphorical. A small plane wing formed the centrepiece of a patio, and the abandoned plane’s cabin lay nestled like a garden ornament in the backyard. Patrons were not shy to use the wing, as a tray for their ital patties and juices – and to roll up their ganja spliffs. The full-house crowd was in constant flux, rocking and grooving, with chalice smoke rolling up high and around pendulant heads.

Rory Stone Love was the first headliner on the platform, showing strength with an impressive number of Jr Gong dubs. But the veteran bellied his set, making torsos double over, lifting finger and lighter salutes, with an exciting Where I’m Coming From dub by reggae music’s slow-boil sensation, Lila Ike.

Renaissance Disco, powered by Jazzy T on the mic and Delano at the controls, brought dub in their own innovative style. Famous for remixing, the ‘uptown’ sound showed off how reggae and dancehall influenced and often perfectly complements rap music. Their set wrapped up dubs from Tanya Stephens, Kabaka Pyramid, Protoje, Koffee and the formidable Jr Gong.

And then there was Rodigan, dapper in a striped button down shirt, customary hat and, of course, a pair of Clarks Wallabees. Sartorially mature, so was the sound clash champion’s delivery. Unlike more youthful selectors opting to hurl badness in perpetuity, then loop in exciting introductions and choruses, Rodigan sparsely told short stories between tunes.

“This song is known all across the world,” he said, before dropping Pass The Dutchie by Musical Youth. In another, slightly longer tale, Rodigan recalled working for Capital Radio. He told the rapt audience that as he walked up the stairs of Island Records, Bob Marley was walking down. Breaking protocol, he spoke directly to the superstar talent to ask him to be a guest on his radio show. Bob then asked if Rodigan would listen to the song he just recorded. After listening, Bob asked if Rodigan would like to play it exclusively for the first time. It was a perfect tale to hear, before the Brit dropped Bob’s Could You Be Loved?

The headliners were supported by BoomDraw (Yared Lee), DJ Steamaz and Zac Harding, who skilfully set the tone in the evening’s early hours.