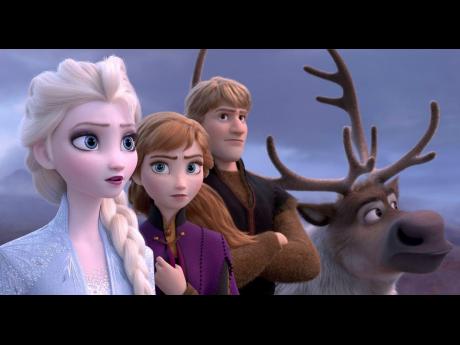 It seems odd to think that Frozen came out over half a decade ago. For some reason, it seems like it was just yesterday that the world was introduced to Elsa, Anna, Olaf, Christof, and, of course, Sven, the talking reindeer. Perhaps it’s because since the film’s release, there have been countless short films, television specials, and video game ­cameos to keep the franchise in the cultural conversation.

In many ways, Frozen 2 feels like an extended version of those bits of additional entertainment. The film begins much like the first one did, with a flashback to Anna and Elsa as kids being told the story of the enchanted forest by their parents. Fast-forward to present day, and the two revel in their new-found family, which just happens to include a never-melting snowman. Everything is perfect, but after Elsa starts hearing a mystical voice, and a series of Old Testament-like plagues hit Arrendale, the sisters venture off to solve the mystery of the enchanted forest, the truth about their past, and maybe even Elsa’s magic.

There’s a lot going on.

Yet none of it feels that drastic. Perhaps it’s that the film has no primary antagonist to speak of, but much of the movie feels like it has very little teeth. Sure, there are problems, but it never seems like anything they can’t handle.

Like many ensemble sequels, Frozen 2 decides to take its cast apart and have them deal with their own personal problems one at a time. This is where Frozen most feels like a series of television episodes rather than a two-hour animated feature. Each character has his or her own song to punctuate inner conflict, most of which are equipped with enough wit and charm to keep you locked in.

In the end, Frozen 2 has a lot going for it. It tackles the complex issue of revisionist history and colonialism in a palatable, yet educational way. Which is what the best animated films do. It’s also funny, and charming, but just doesn’t register as impactful. Visually, the film has an incredible art direction and sense of scale. It makes the world of Frozen feel infinite, even if the characters and the story make it feel like it’s a small world after all. Perhaps I should just let it go.