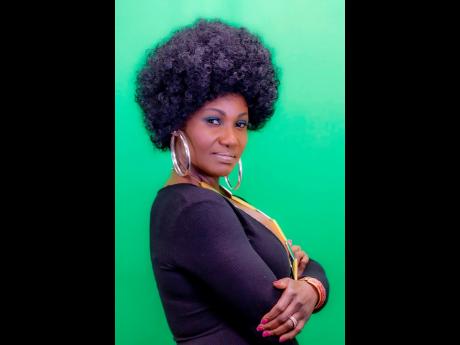 Jamaica-born author director, producer, and actress, Sandy Daley waited with bated breath with her family on December 3 to see if she would win one of the coveted spots in the 2020 Toronto Fringe Festival.

The festival, which was founded in 1989 to house local and international plays and productions, has become the largest theatre festival in Ontario, showcasing over 150 productions every July. It encourages free speech and diversity and has served as the launch pad for films and television series such as Da Kink In My Hair (Trey Anthony) and Kim’s Convenience (Ins Choi), both highly respected shows for Netflix and CBC.

Daley, whose credits include the short film Daddy’s Not Around: D.N.A. , which was screened in September at the Royal Cinema, entered the once-a-year lottery and was shocked to hear her name drawn during the Facebook and Twitter live event.

“Honestly, I entered the competition not even thinking that I could win. I knew there were so many other applicants over 1,200 – I heard, so I thought my chances were very, very slim. This is a life-changing moment for a Jamaican girl who came to Canada a few years ago with just a few dollars and big dreams to conquer the world!” Daley shared with The Gleaner by phone from her home in Toronto.

“I watched as they drew the first two names in my category, not even really listening to the host. I was shocked when I heard my name and the title of my project. I cried and jumped for joy when I saw the Twitter announcement later and the postings on their website the next day”, she said.

Toronto Fringe Festival, held over 12 days in the summer, gives a platform to unconventional plays, playwrights, and unique pieces of work.

“This is the perfect place for Whose Vagina Is it, Really? to be launched,” an elated Daley reasoned.

“This will give it the legs that it needs to stand on to be accepted on a grander scale. Since 2010, I’ve been fighting for this book to be made into a movie or play, and the Toronto Fringe Festival is the right platform to achieve my objective, she said”

Daley will produce, write, and star in the production with at least eight other actors.

“I feel as if I’ve won the career lottery,” she stated.