‘Jumanji: The Next Level’ – game on 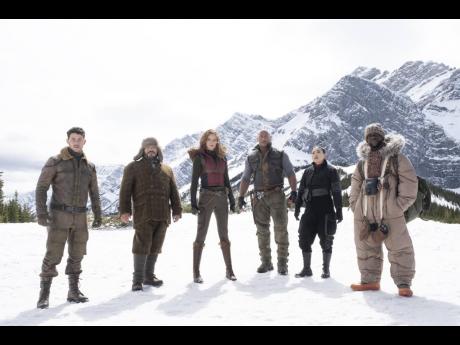 Jumanji: The Next Level is technically the third Jumanji film, but it has all the makings of a second film in a franchise. That makes sense, considering the last Jumanji movie felt more like a reboot than a follow-up to the Robin Williams original. New characters, a more comedic tone, and an updated version of the game itself (albeit in the form of an outdated video game) made Jumanji: Welcome To The Jungle feel fresh. It was a clever way of making a known property feel unexpected.

The same thing can’t be expected to happen with this film. There’s far less drastic innovation happening, and there does not need to be. Instead of new ­characters and concepts, Jumanji: The Next Level is a continuation of the last film, with a few smaller surprising elements here and there. What that leaves you with is a film that’s just as funny as the last one, but with just as many flaws.

The story is simple. The four heroes from the last film are all coming back home after a year away at college. Everything seems to be going well for them, except for Spencer, who can’t seem to catch a break, and is naturally feeling inadequate after his last Jumanji adventure. After all, when you spend some time being Dwayne Johnson, you’re bound to feel a tad insecure. Eventually, the protagonists end up back in the game, along with new additions to the cast – Danny DeVito as Eddie, Spencer’s grandfather; and Danny Glover as Milo, Eddie’s old friend.

Watching Dwayne Johnson, Jack Black, Kevin Hart, and Karen Gillan do their best impressions of the actors that play them is something that should always have been about as funny as an overstretched sketch on Saturday Night Live. However, the four are so good at playing several different characters that it’s not only funny, but immersing. Jack Black, in ­particular, is a master of mannerisms.

The flaws are the same as before. The ‘villain’ of the film is ­intentionally dull, which only makes scenes with him feel like the film is brought to a screeching halt. Thankfully, though, his scenes are limited and the rest of the movie more or less moves at a great pace. There’s a plot point about the game being broken that never really goes anywhere, but for the most part, you’ll be able to enjoy the film for its characters, and a surprisingly touching story.