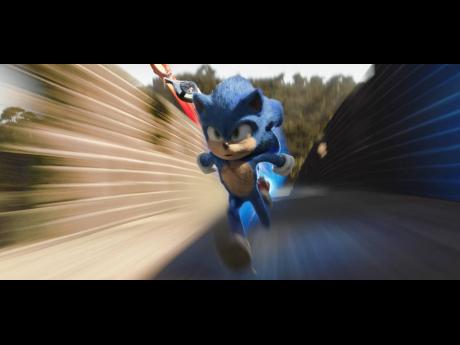 MCT
Sonic, voiced by Ben Schwartz, in ‘Sonic the Hedgehog’. 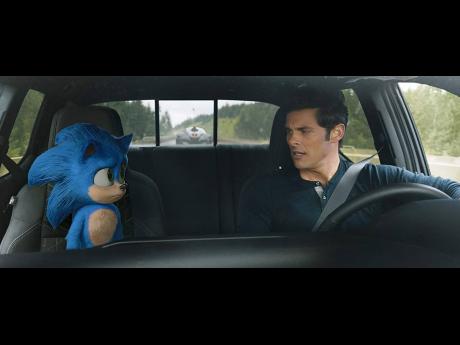 Movie trailers are a funny thing. They’re meant to get you hyped, but there’s a balance to making a good one. Show too much and you ruin the movie. Show too little, and there’s nothing to get excited about. Show your character as a mutated, freakish version of his beloved design, and you inspire so much outrage that you’ll be forced to set back your release date by three months and increase your budget by $5 million trying to fix a CGI disaster. That being said, it’s actually a well-made children’s film.

This being a film about a furry alien with super speed, it starts off with a quick-paced action scene, abruptly halted by my favourite storytelling device – narration. Ben Schwartz hurls the audience all the way back to the beginning. An adorable baby hedgehog speeds through a realistic rendition of the video game world familiar to fans of the source material. Soon after, he’s exiled to Earth, a refugee who’s delighted by all the fun things the small town of Green Hills has to offer. The freedom to do anything, and the speed to do it all, but there’s one thing Sonic wants more than anything. A friend.

The rest of the movie is a road-trip fugitive movie, which continues the strong character moments from earlier, but also ramps up the action and comedy. Jim Carrey, in particular, gets to flex a muscle audiences haven’t seen from him in about a decade. At first, it seemed like a tired gimmick, but I was definitely with him by the end. In fact, the last half-hour of the film gleefully goes off the rails, providing laughs, and interesting action.

The best thing about Sonic The Hedgehog is that it earns all its individual flaws. When it ramps up near the end, it’s able to do so because it put in the work, and made you care about the characters first. Those characters then informed the story, which culminates in a satisfying finale, with interesting action, and jokes worth a laugh. Then again, the humour doesn’t always work, and the film at times seems uncertain of how strong its characters are, and simply tells rather than shows. Still, there’s so much thought put into the film, it’s easy to give it a pass.