Comedy: the best (coronavirus) medicine? - Duffy, Gunter believe there is a place for jokes amid the gloom 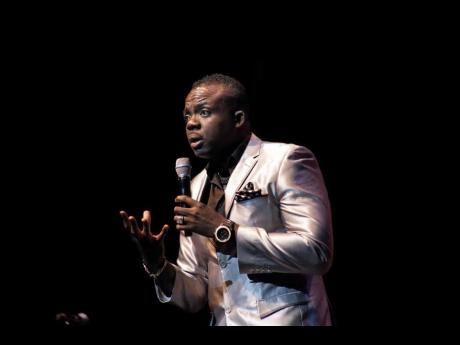 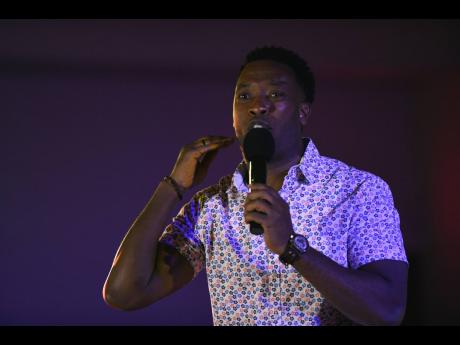 There is an atmosphere of doom and gloom currently blanketing the globe as the coronavirus continues to spread. With entertainment and sporting events coming to a complete halt in many countries, quarantine and chill have become the new norm. As people adjust to the idea of staying in their homes for extended periods, it’s easy to see how things may become overwhelming for some. This is why some comedians feel that now is the time to keep people laughing. They believe that comic relief is necessary in these times and expressed ways the latter could be achieved without taking away from the seriousness of the pandemic.

Dufton ‘Duffy’ Shepherd told The Sunday Gleaner that he is a firm believer in the phrase ‘laughter is the best medicine’. He explained that with all the sadness crippling the globe because of the virus, jokes are needed to balance the scales.

“Persons need to understand that comedians are humans, and we are affected by the same situations that are affecting everybody else, but as a comedian, it is our responsibility to make this whole situation a little more palatable. Perhaps the way to survive all that is happening right now is to laugh at some of these issues,” he said. “And I want people to understand what I’m saying. I’m not saying we should make light of the issue – because it is indeed serious – but finding humour in the situation could help keep you sane. Laughing at things is not the same as taking it lightly.”

Shepherd, whose comedy special, ‘Slightly Unhinged’, was postponed due to the virus outbreak, said he believes that jokes can even be used to educate the masses.

“Sometimes the message is best communicated through laughter because it’s easier and more digestible. The same messages you want to get across about social distancing and hygiene, comedy can do that and in a way that connects with people because it made them smile. Everybody is so tense and so uptight right now that it (laughing) is the best thing to do. It will soothe the soul.”

“A little comic relief is always good, innu, whether the circumstances are bad or great. It gives people the opportunity to raise their vibes. If you’re not in a fun mood right now while Corona is going around, comedy may be just the thing to lift your spirits,” he said. “This is the best time for comedy right now. When you have people going through stress, depression, paranoia, comedy is the best medicine. It’s always good to have something light to consume when there is so much sadness and darkness.”

Gunter, however, went on to explain that understanding time and place will be the thing that separates a good joke from one that is just plain insensitive.

“The delivery of your joke is always important because people are dying from this thing, and you don’t want to desensitise the issue. For example, if you’re called to entertain some people at a hospital and some people just passed away because of corona, probably that wouldn’t be the best audience for a straight corona joke. But there are topics coming off of corona that would be funny and appropriate. For example, you could talk about parents having to babysit the teacher’s children (which are their children) now because of school closures associated with the coronavirus,” he said.

Shepherd agreed. “There are elements of this that are already comedic because if yuh look at it, people run gone buy out all a di tissue, and fi wah? Does it make sense to buy out all a di tissue and nuh have no food?” he aslked. “As human beings, we just have to make sure that we aren’t making light of the situation. We have to bring the jokes across in a manner that is tasteful, and, as professionals, we know how to toe the line.”

With that said, both professionals said that when situations normalise and bans on public gatherings are lifted, they are a hundred per cent certain coronavirus jokes will be woven into their sets.

“Presently, I am putting some jokes together that are corona-related. As a comedian, you have to. It’s a hot topic. It is at the top of the list of things you have to talk about. There’s no going around that,” said Gunter.

Shepherd added: “My show was postponed to a later date, and I’m definitely sure that when it is held, corona is on my list. I will talk about how we’ve handled it, the attitude, and the entire experience. It has to be a topic, and I’m looking forward to the after.”