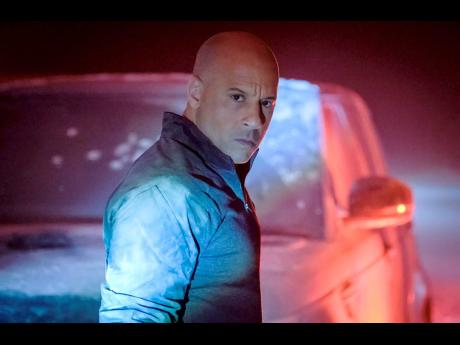 AN ACTOR’S association with a part can be so severe that they cease having a separate identity altogether. Robert Downey Jr may as well be billionaire superhero Tony Stark, and Vin Diesel has been Domonic Toretto for the last two decades. There have been other roles here and there, but the most impactful has been a trisyllabic tree creature. Diesel’s face has no doubt been tied to his ‘ Fast and Furious’ role. So much so that to see him in ‘ Bloodshot’ is initially disorienting. A state of mind that persists all throughout the two hours of sheer mayhem that is this movie. With its cybernetic soldiers and bullets that seemingly operate through magic, Bloodshot may as well be a video game set on autopilot. At no point is the action supposed to give you a visceral satisfaction. There’s no illusion that these are people in peril as the visual effects are pushed to the limit, delivering impossible sights that fail to resonate. Clearly, director Dave Wilson’s experience as a visual effects artist is highly influential. There are even moments the camera lingers to show the process of constructing the imagery in excruciating detail.

Diesel is playing Ray Garrison, aka ‘Bloodshot’, an unstoppable mercenary with nanobots coursing through his veins. He’s bulletproof, superstrong, and the perfect soldier. The only thing he’s lacking is charisma. The film gives you a tragic backstory to assign to his actions, making up for his lacking personality. What is originally delivered as contrived is then passed off as clever, as the film establishes that the narrative up until this point has been intentionally clichéd, in an effort to brainwash Diesel’s character into believing he is at the centre of his very own episode of Jack Ryan. The fact that the overwhelmingly basic revenge plot was made so by design might have made up for the film’s apparent laziness, but when paired with a second half of CGI battles that would make Transformers blush, it hardly seems that tongue-in-cheek. The movie Bloodshot is no better than the clichés it points out in the beginning. Yet as action films go, you could do worse. It’s excessively fake, and, as a whole, it’s much longer than it needs to be. Perhaps watching it on streaming is the best way, allowing you to shut Bloodshot off whenever you’ve had your fill of it.