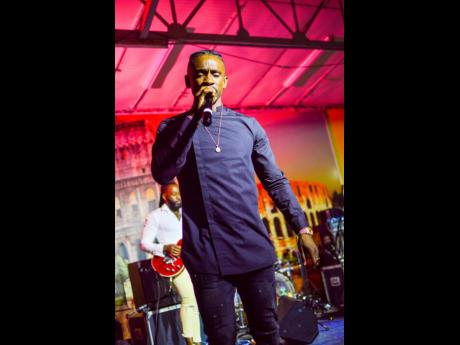 Big Deal singer Chris Martin was the first famous face to hit home screens in support of the Minister of Culture, Gender, Entertainment, and Sport Olivia Grange’s fundraising initiative, Telethon Jamaica: Together We Stand. Named after Richie Spice’s new single, Together We Stand, next Sunday’s six-hour- long telethon is a joint effort of the Ministry of Culture, Gender, Entertainment, and Sport, the Ministry of Foreign Affairs and Foreign Trade, and the Ministry of Health and Wellness. Grange stated during Sunday’s launch, which took place during Chris Martin’s online concert, that the goal is USD$10 million.

Proceeds will be used to provide additional resources for health services, including ventilators in hospitals and personal protective equipment for front-line staff.

Telethon Jamaica: Together We Stand will feature top Jamaican musical acts performing from their homes. “We have always been able to rely on our artistes in times of crises, and I am really grateful for the way they have been responding to our invitation to participate in this life-saving effort,” Grange said.

Martin, supported by his label, VP Records, and long-time partners KFC, agreed to participate as a show of selflessness and understanding during an unprecedented modern health crisis. “I do think it’s our responsibility to step up, to show the ones who have supported us throughout the years that we are there for them when we are needed,” he told The Gleaner.

And the numbers show that there is much support to go around. Martin’s live concert last Sunday evening, performing at his home, with the accompaniment of a keyboardist and a drummer, pulled over 10,000 views on YouTube, with thousands more tuning in on KFC’s and his own Instagram live streams.

Telethon Jamaica: Together We Stand will stream live on VP Records YouTube channel, which counts close to 1 million subscribers. The telethon feed will also be rotated across various regions of the world so that all members of the diaspora and other well-wishers will be able to view and make donations. A portion of the broadcast will also be carried live on TVJ, 1spotmedia.com, and other platforms across the diaspora.