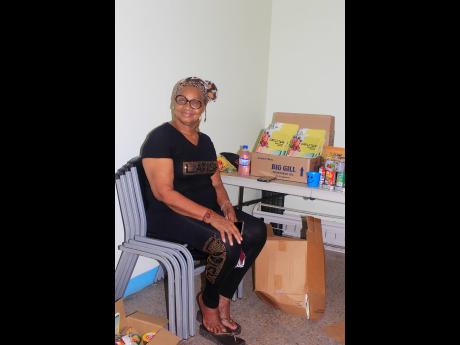 Sadiki Hines
Capleton’s manager, Claudette Kemp, with some of the care packages. 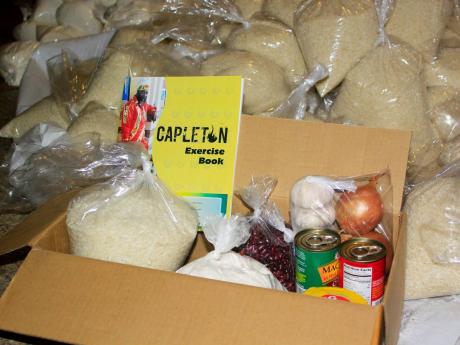 Sadiki Hines
A care package from Capleton on display. 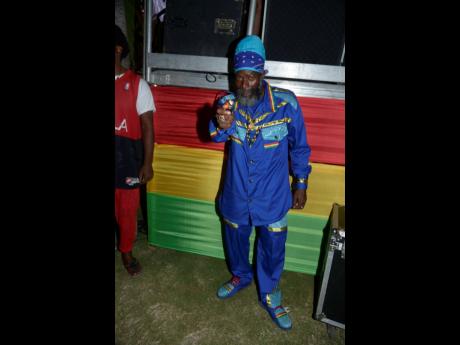 For his birthday on April 13, reggae singer Capleton was forced to do a Facebook Live session rather than his usual celebration, which always sees the birthday boy treating family, colleagues, and members of his Cassia Park community in St Andrew. On Saturday, he will be doing a full-length virtual performance, which attracts a US$4.99 cover charge and which will see part proceeds going to charity. However, even before the stage is set for the concert, the artiste, who “have hole in him hand”, is busy giving back.

“Capleton cannot help himself. He just has to give, that is his nature,” manager Claudette Kemp explained while seated in a room surrounded by parcels of rice, flour, peas, onion, garlic, and tinned mackerel. She stated that the distribution of care packages was a pet project of hers, which started even before COVID-19 struck. Capleton liked the idea of the packages and jumped on board, first buying 1,000 pounds of rice and then adding to the shopping list.

“We have requests from persons in Trench Town; there are others in Cassia Park, where he lives, in Tavern, and other places. They will be distributed in an orderly fashion to the needy,” Kemp said.

Capleton’s philosophy of giving is simple: God loves a cheerful giver, and the more you give, the more you will always have to give.

“A we seh humanitarian,” the promoter of the annual charity concert A St Mary Mi Come From told The Gleaner without any fuss. “Food is the staff of life, and the greatest thing in life is to make somebody else happy, and we have to respond to the needs of the people, especially during this pandemic. Giving and sharing is an act of God, and God loves a cheerful giver,” ‘The Prophet’, as he is called, stated.

In addition to the items already mentioned, the care packages will be sweetened, literally. “After we have bagged out everything, we are going to buy some pastry and put in each package,” a very pleased Kemp added.

Capleton’s enthusiasm for giving back is matched only by his love for the music, and King Shango is looking forward to Saturday night’s concert, which will be streamed live from True Tone’s impressive, state-of-the-art studio. Held in association with 360 Global Entertainment, all the elements are already in place for King Shango and his Prophecy band to give a full show while maintaining all the government-imposed social-distancing rules.

“I am definitely looking forward to this concert. Our anticipation is high. We have to use this platform, and there are good sides to this as people will be able to watch from just about anywhere they choose – their living room, their cars. Expect a performance as if you are really at the concert. It will still be all about the fire and the message same way, and it will be epic,” he said.

Capleton also took time to outline the plans for the part proceeds that will go to charity.

“There are lots of kids who can’t do their schoolwork, either because they don’t own a device or they don’t have data. So we are going to buy some tablets and also find the right way to ensure that those who need data will receive it. Yuh know, the kids are the future, and we have to stretch out our hands to help them in whatever way we can,” he said.