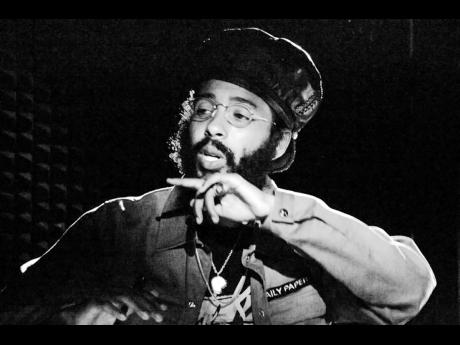 Contributed
Protoje: I heard the song and it made me look deep within myself. 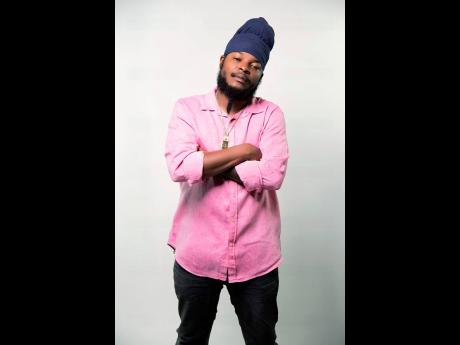 The chant ‘Jah is real’ no doubt has the same potency to a Rastafarian as the sentence ‘God is real’ does to Christians. For reggae artistes Pressure Busspipe and Protoje, who recently collaborated on a song, titled Jah is Real, and subsequently got together to shoot the accompanying music video, the live word, sound and power effect has left them inspired and hoping to inspire others.

The collab appears on Pressure’s Jah-soaked, studio album, Rebel with a Cause, which he says “addresses the situation of injustice in the world, especially for black people, the way the system brainwashes black people and creates a mindset that affects the happiness and the future of the people”. It also partially explores themes relating to sociopolitical issues, such as government corruption, institutional racism, injustice and economic oppression.

The video for Jah is Real, which was shot a mere weeks before COVID-19 brought the shutters down on the globe, has stoked a musical fire.

In an interview with The Gleaner, Pressure Busspipe shared his interpretation of the ‘big statement’ song, which for him was much more than just putting words together because they sound good. “The inspiration behind Jah is Real is a clever way to say Jah is in everything. Without Jah we are nothing,” the reggae artiste who hails from Saint Thomas, US Virgin Islands, explained.

Pressure, who is very much focused on the art of songwriting, which some critics say is almost becoming a lost art in reggae music, expanded, “I’m just paying homage to all the attributes that the Most High has created and prepared for us to live, you know. It’s a big statement.”

He pointed out that the fans of both artistes really appreciate this collab on several levels. “They know how far me and Protoje go back in the business. To see something like this really shows the love and unity among us as artistes. It’s a big and great movement, truly happy to have him a part of the project,” Pressure Busspipe told The Gleaner.

Speaking about his decision to collaborate with Pressure on Jah is Real, Protoje said that the combination of the lyrics and the sound power created that introspective mood. “I heard the song and it made me look deep within myself. Pressure’s voice has this ancestral feel to it that makes you really feel very spiritual. It made me know exactly how to approach the song. The collab came about while I was on tour in the USA. That night I was in Atlanta and we linked up, I got the inspiration and recorded the song on spot,” he shared with The Gleaner.

The captivating music video was directed by Protoje’s creative director, Yannick Reid, and film director/animator Ikem Smith. Reid said that listening to the song made him “think about the universe bigger than myself and I wanted to show the beauty, mystery and expanse of the world that’s bigger than our individual selves”. And so, the concept for the visuals was born.

In relating the execution process, Smith was a bit more detailed. “We went in with a plan and most of the elements in place, but what we ended up with took a bit of discovery,” he said. “I had the idea to create a feeling of scale. I wanted the space they were in to feel massive and add in things like stars and planets after. Shooting against black and having the low-hanging fog, blue lights and the lights from the ceiling on set were elements we decided would help form a basis for the effect work afterwards.”

He said that it was Reid’s idea to use the television and footage of Haile Selassie’s visit to Jamaica and Protoje’s performance. “The story that plays out in the final video, I think, could be seen as a witnessing of Selassie’s visit as a cosmic event. That was discovered through the process of editing and wasn’t exactly what we had set out to do,” he noted.

Christened Delyno Brown, Pressure Busspipe got attention in Jamaica and globally in 2007 with a remixed version of Love and Affection, updated by producer Don Corleone. Pressure is known for his firm commitment to the Rastafari movement.