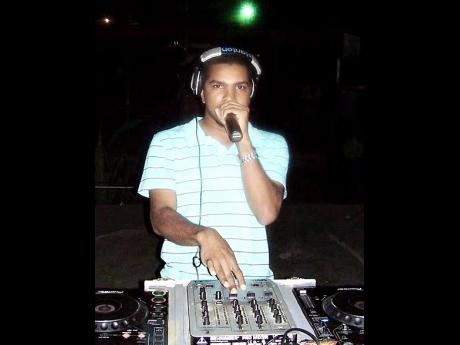 Following last week’s call for the phased reopening of Jamaica’s entertainment industry by Promoter Andrew Bellamy, a slew of other well-known event promoters have come forward with supporting arguments. Citing that the time has come for the country to start returning to some level of ‘normalcy’, these promoters have said that they will work with the Government to get the wheels of Jamaica’s most lucrative industries start turning again.

In an interview with The Sunday Gleaner, Gyete Ghartey, promoter of Yesterdays and Mello Vibes, said that after three months of absolutely no action on the live-entertainment scene, the ­limiting venue capacity, the wearing of masks and increased sanitisation stations will be a small price to pay to usher in a renaissance of events.

“I fully support a phased reopening of the entertainment space. I don’t mind having a smaller gathering at my events and setting up sanitisation stations as long as we get to start hosting events again,” he said. “And if persons can wear masks to work, they can wear masks to party. I’m even suggesting that a mask with a zipper by the mouth area would be ideal. So for events where you have to drink, you can unzip your mask, no need to remove it. We can do temperature checks on entrance, which is easy to do and requires no contact. We can start with these small steps and take it from there, but a continuation of this shutdown will only put further dents in the industry.”

Andrew Ellis, the organiser of the popular beach party Sandz Ja, agrees that a phased reopening of the entertainment scene would be a viable option for all key stakeholders. He shared that after suffering significant losses due to the postponement or cancellation of several of his events both locally and internationally, the time has come to ease into event hosting once more.

“Being an industry player, my team and I understand first-hand the effects this virus has had on our businesses. Since the global shutdown, we have had to cancel or postpone at least five of our major annual events worldwide and three key weekly events in Kingston. This has also affected a vast number of businesses and workers who depended on our events to make an income,” he said. “With the country in its first phase of opening up, I believe the entertainment industry can follow suit to some degree. Finding the most appropriate ways to have a phased reopening of the industry will not be easy, but it is possible. Having the different government agencies put forward a framework that can guide the reopening is a critical part of the first steps. For example, implementing government-sanctioned regulations for social distancing and sanitising would be a step in the right direction.”

“To date, the COVID-19 pandemic has been recorded as the most severe phenomenon to ever hit the small developing nation. It is especially being felt acutely by investors who pump millions of dollars into events to create ideal environments where people can unwind and get away from the problems of daily life for a few hours. Additionally, those that are feeling this hit are those that indirectly benefit from the industry,” Shared Ibrahim ‘IB’ Konteh, marketing and communications director, Strickly2k party.

His point was supported by business partner ZJ Chrome, who spoke of the magnitude of persons who are employed for one staging of an event. He went further to share that “for many persons, this is the only source of income that sends their children to school or puts food on their table. The longer this thing drags out is where some of us have to face the reality of closing down their business for good.”

Using data collected through the local municipalities and the Ministry of Culture, Gender, Entertainment and Sport, Bellamy last week said that having lost J$26.182 billion dollars due to the closure of the industry, the Government must start thinking about earning once more.

With the country’s borders having been reopened on June 1 to repatriate Jamaicans overseas, and with tourists expected to start visiting the island again on June 15, Bellamy suggested three phases that the Government could implement to loosen its grip on the entertainment sector. In addition to the use of temperature checks, the wearing of masks, having sanitisation stations to include clothing and shoes, social distancing based on venue stipulations, full protective gear for all staff, and a medical zone, phase one would also have “protocols that approve only outdoor events, weekly approvals in light of possible health-protocol changes that the Government may implement, and zoned areas where events can be hosted for the protection of residents within the communities”.

Phase two would include “a move to increase the number of persons who may be permitted into a venue (based on the progression of the disease), a move to include indoor venues, with increased efforts to adhere to the sanitisation protocols, with sanctions for the promoter and patrons who do not follow the approved guidelines”.

Phase three, which is based on the success of phases one and two, would see permission being granted to host larger events towards the end of 2020.