The 5Gs team up on new single 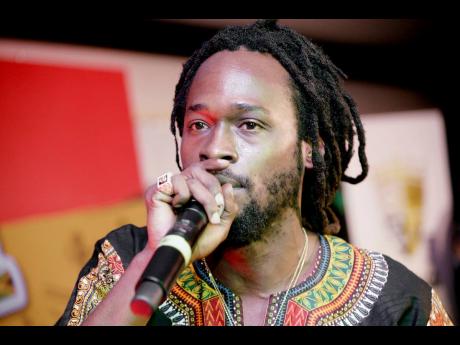 Reggae and dancehall stars Runkus, Jesse Royal, Kabaka Pyramid, Royal Blu and Munga Honorable have teamed up on the pseudo-cypher track 5Gs. The single, which is produced by Runkus alongside Smartkid Records, Mykal ‘Kush’ Cushnie and LatyKim Gordon, is being released via LA-based label Delicious Vinyl Island.

The track not only boasts the superior lyrical prowess of each artiste, but is also designed to influence others to think for themselves, despite the current state of information overload.

“In a time where we are being bombarded by a lot of information, at some point, you have to come to your own truth,” Runkus said of the track.

The beat was crafted with Jesse Royal and Runkus on the spot, and they both composed their lyrics in the same night.

“With just Jesse on the track, I pulled it back up months later and reworked it and said ‘yeh ... need four more Gs on this’,” Runkus said. “So I reached out to my brothers in music and they swiftly answered and delivered their verses in about a week.”

With more and more new sounds emerging from Jamaica, it is no surprise that the beat on 5Gs boasts the same. Sonically, it is a mixture of the iconic dancehall bassline with 808s and trap drums.

“For each verse, I made something different,” Runkus said. “I focused mostly on the drums and bass, and left out the melodies so you could hear what they were saying.”