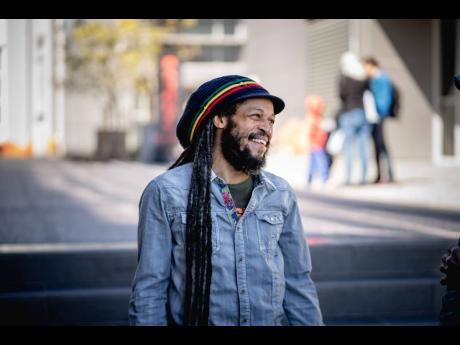 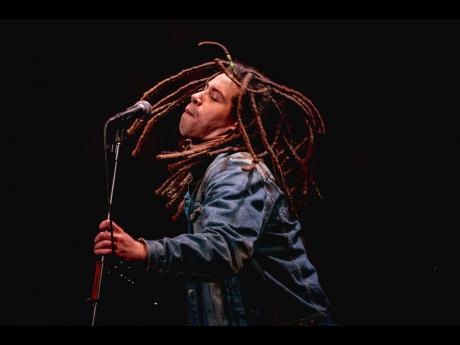 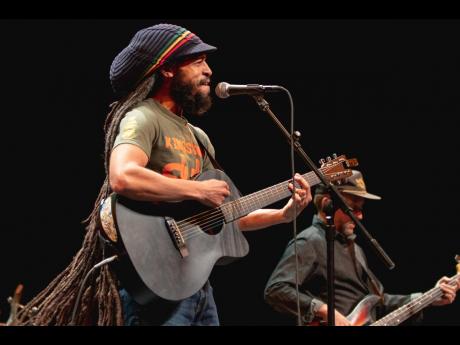 Contributed
Smith performs during the live recording of ‘Aaron Nigel Smith and 1 World Chorus Live in LA’ at The Broad Stage concert hall in Los Angeles.
1
2
3

Trained as a classical musician, Aaron Nigel Smith’s path in music was set.

“If someone put a drum or a guitar in my hand and told me to ‘jam out’, I couldn’t do it,” Smith told The Gleaner as he recalled his childhood. “All my knowledge was focused on European music - Bach, Beethoven, Schumann, and Schubert. These are the names of the musicians I was [learning]. My training was literally in a box.”

He would continue along this path. For the earlier years of Smith’s career, until his mid-20s, he performed as a lyric tenor. He was on his way to becoming an Italian opera singer like Andrea Bocelli and Luciano Pavarotti. He has actually worked under some of the world’s paramount conductors such as Robert de Cormier and André Previn. Still, for the musician, something felt like it was missing.

He said that when he realised his training was not in any way Afrocentric, he saw the need “to learn more about African culture.”

Natty Dread, the first album credited to Bob Marley and the Wailers, which was a collaboration between record producer Chris Blackwell under his Island Records label and Tuff Gong, was one of the first tapes, the musician shares, that changed his whole perspective. It featured the liberating No Woman No Cry, Lively Up Yourself, Revolution, and Rebel Music tracks.

Last Sunday marked exactly 46 years since Natty Dread was released on October 25, 1974. The spiritually charged messages of unity, love, and increasing devotion through the eyes of Marley, Smith said, has resonated with him from the very first time the Natty Dread tape was gifted to him.

“It shifted to me seeking more knowledge about the rich African legacy and to also learning more about Rastafarianism,” he said.

Now, the Oregon-based singer, songwriter, and musician is celebrated for using music, particularly reggae, as a vehicle of change for youth-centred programmes with his 1 World Chorus non-profit organisation for more than a decade. More than 5,000 youth across the United States, Kenya, and Jamaica have participated in the musical projects.

“Children are forced to grow up so fast, it hurts my heart to hear the music the youths are exposed to and are dancing or singing along to. My effort to start with the youngest of the community, from the preschool stages, is to teach how to love, the basic principles of peace and kindness, and to communicate empathy, which involves music,” Smith said.

“For me, I have always been driven to write music that sounds appealing or engaging for all ages, so where I try to do the messaging is by making age-appropriate songs to share these concepts without [sounding] teachy.”

Smith’s first time in Jamaica was 2014 when a partnership with US-based Remo Drums and the Bob Marley Foundation allowed him to donate drums to the Haile Selassie High School. He has since collaborated with the Marley family on several projects including the children’s album 1 World Chorus Celebrates Bob Marley with Ziggy Marley and has been a featured performer at the icon’s annual birthday celebrations held at the Bob Marley Museum.

Last year, his solo album, In Our America, produced by Dubtonic Kru’s drummer and co-founder DeLeon ‘Jubba’ White and distributed by Tuff Gong International, made its debut at number one on the Billboard Reggae Album chart.

He recently released his seventh album, the first compilation of live recordings, which was done at The Broad Stage concert hall in Los Angeles with some of the youth members of the 1 World Chorus. It is appropriately titled Aaron Nigel Smith and 1 World Chorus Live in LA.

Classic reggae songs Three Little Birds and One Love, as well as Smith’s hits, Dance to the Reggae Riddim, Simon Says, and One, are part of the tracklist.

“I think the tracks we recorded live for the purpose of the album have all been greatest hits and part of my performance set for the last 20 years. They are all solid in my repertoire, but the song One nencapsulates my entire mission and message — building community and inspiring unity — within the album,” he said.

His son Zion, 21, was an integral part of the album. He took charge of the live recording session, which was done in one take. “That day was the sickest I have ever felt, but everything was booked and ready for us to perform, and I could hear in my voice that I was not meeting my true potential. And it’s safe to say the feedback has been overwhelmingly positive,” Smith shared.

Smith, being versatile in several genres, which has expanded from music rooted in Western culture to include jazz, pop, and reggae, has expressed the desire to experiment with the classical and reggae genres on one project, “to write and explore a musical project that is an ethereal type of experience and with a modern sound”.

“I feel a connection to the classic roots-rock reggae genre, but the modern sound is where the music is going, and it would be a real honour to collaborate with some of the younger artistes like Koffee and Chronixx on a children’s album. The use of classical music is something I have looked at tentatively and believe it would be a major example to set, and collectively, it would be unique to our music,” he said.