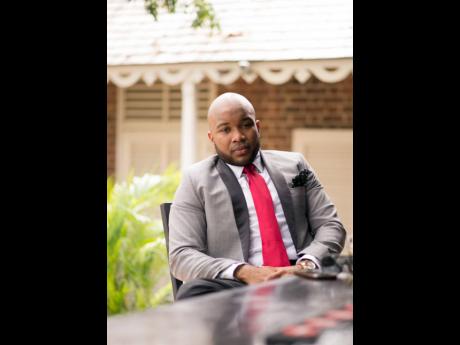 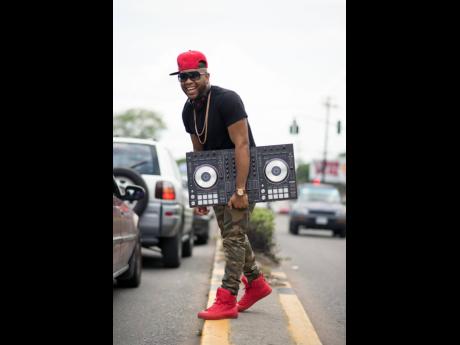 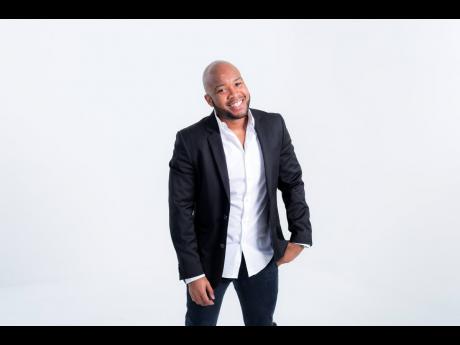 Marc Chin is feeling newly minted these days, having awakened one morning last October with a new title under his name: that of licensed real estate agent.

It’s a moment he would describe as mise-en-scène. Translated from French, it means ‘setting the stage’. Before embarking on his real estate career, Chin’s hands-on approach had more to do with turning tables on a stage illuminated by spotlights and the lighters partygoers waved in the air. But, that’s the same mood the disc jockey hopes to set in what will be a new ball game for one of Jamaica’s fêted sound system’s star players.

“It’s been in the making for a while, before COVID-19, about five years. In my search for another career path, I wanted to find a field that would allow the flexibility and personal freedom to perform properly and still practise music,” Chin, known as DJ Marc Chin of Coppershot Music, told The Sunday Gleaner.

It’s not far-fetched that as a youngster, Chin imagined himself pursuing a life as a doctor, walking around with a make-believe medical kit, but when it was time to face the challenges of studying the periodic table for chemistry examinations while at Jamaica College, that aspiration quickly went out the door.

He said, “I believe my career choice changed in high school. While my peers still wanted to become doctors and lawyers, I developed an interest in governance, and the relationship between international territories and, of course, politics. So, when I matriculated to The University of the West Indies (UWI), I read for a Bachelor of Science degree in International Relations.”

Growing up with parents in the entertainment business, Chin quickly learned the value of hard work; his father is Ricardo ‘Ricky’ Chin, whose production services have been the backbone for some of the island’s largest stage shows, including Reggae Sunsplash, Sting and Reggae Sumfest. His mother is successful media executive Janet Fagan.

“Both my parents recognised from an early stage that I needed structure. Following CXCs, my father did not send me to sixth form as he thought it was a waste of time for me because, at the time, it did not have that (structure). I went to another learning institution, and he made sure I had the best opportunities in life,” he said in regard to his upbringing and education. In one 30-minute interview he repeated, “I’m not the biggest fan of school” some 10 times.

After graduating The UWI, Chin says he did not have any plans to be back in any classroom setting either. Fast-forward to 2020, he finds himself staring at a whiteboard, and in the middle of a pandemic having to sit the real estate salesman examination.

The maxim, “the only constant in life is change” has been a central theme in Chin’s life.

Music was the first change, a step into a different field for the disc jockey-turned-realtor. From lifting speakers for children’s birthday parties, the goals Chin set to be at the top of his game, he can confidently say he has achieved, and then some. “I have surpassed them, and I am not planning to do anything less than I have achieved in music in terms of my education and career choices.”

Real estate is one of the safest investments in Jamaica, he said. With the value of land and property guaranteed to appreciate, it was a selling point and a reality check that led to him taking on the new school challenge.

He shared, “I was scared with the changes to take the walk, and I was told the exam was really hard. Again, I don’t like school, but it had to happen. The studies covered everything from the foundation to the finishing touches of construction to land and business law. I was in the February batch of students of a two-month course – 70 of us in the class – then with the pandemic-related restrictions classes were postponed for three weeks before we resumed on Zoom. Then there were issues on how we would sit the exam … all that lengthened the journey.”

As Coppershot Music celebrated 25 years in the business, in December of last year, Chin also marked 15 years of working professionally with the sound system. He remembered with nostalgic affection the first booking that, if Coppershot’s principal Matthew Gray only worked off first impressions, he would not be part of the team today.

It’s actually a funny story, he explains, “a case of mistaken identity”.

“My schoolmates and I formed a sound system in high school called Enessi, which was similar to the name of another popular group that won a remix competition that was hosted by Fame FM. It happens, we got a country booking, a bunch of 15-year-olds on a line-up with the likes of Razz & Biggy, Love Stone, Renaissance and, you guessed it, Coppershot,” he said.

“We couldn’t even drive to the booking; the promoters chartered a service to pick us up. The first round was good, but by the second set, I remember I was on the microphone and by the fifth song selected, yuh ever hear ‘bout dog bite? Well, that’s how they dealt with us and run us off the stage. Matthew laughed us to scorn,” he recalls.

Chin, 34, has ambitions to be an unrivalled real estate salesman in a few years and believes that his qualities, “as someone that is reliable, accessible and trustworthy”, and the strength of his network, he added, noting like a true loyalist, “Everything I do will involve my sound system family.”

He also has the support of his wife, Sashein Wright-Chin, and her mother Louise Wright, who has been part of the industry for close to 30 years.

“The support has been tremendous; I could not do it without Sash. And, my mother-in-law has taught me things I would not learn in school. I don’t make final decisions without consulting these women,” Chin praised.

“I am also coming to the table with new and modern ways in marketing property. It’s not all about making money. I want to make clients comfortable, and with my personality, you will want me as a friend after doing business. I have learnt to work tirelessly to make sure that all of this happens,” he added.

The latter makes Chin apt at balancing the tightrope schedule he walks as a disc jockey and a real estate agent, currently holding a position with one of Jamaica’s top brokers, D.C. Tavares and Finson Realty Limited.

“In terms of taking it further to become a broker, we’ll see how the wind blows. I tell you, I don’t like school, but I have not ruled it out. The past three weeks have been a testament to my work ethic, balancing a DJ contract that required me to travel the length and breadth of Jamaica and setting appointments with clients to view [a] property. I rise with the sun, it’s my job, and I can tell you I get as much joy from receiving a phone call from someone who was referred by a satisfied client as I do turning up a party,” he said.