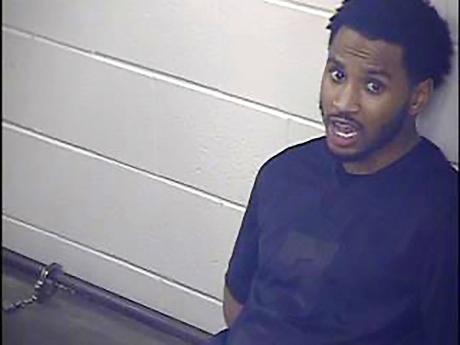 AP
Trey Songz is seen in an undated photo provided by the Jackson County Detention Center, in Kansas City, Missouri. The R&B singer was arrested and jailed overnight after he scuffled with several officers while being arrested for not following coronavirus protocols during the AFC championship game in Kansas City, police said Monday. 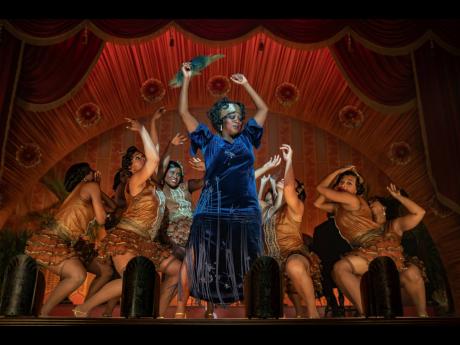 AP
This image released by Netflix shows Viola Davis in ‘Ma Rainey’s Black Bottom’, named one of the top 10 films of the year by The American Film Institute.
1
2

R&B artiste Trey Songz was jailed overnight after he scuffled with police officers during his arrest for not following coronavirus protocols and other rules at the AFC championship game in Kansas City, police said Monday.

Songz, 36, whose name is Tremaine Aldon Neverson, was released Monday while an investigation continues, Jackson County Sheriff’s spokesman LeVanden Darks said. No charges have been filed.

Songz is a three-time Grammy-nominated singer. He earned his third No. 1 on Billboard’s Top R&B Albums chart with Back Home last year. His other two chart-topping albums are Trigga and Tremaine The Album. He has also appeared in films including Texas Chainshaw 3D, Baggage Claim and he starred in Blood Brother in 2018.

The American Film Institute on Monday announced its top 10 films of the year, including Pixar’s jazz themed Soul and two of Chadwick Boseman’s final films: the August Wilson adaptation Ma Rainey’s Black Bottom and Spike Lee’s Vietnam drama Da 5 Bloods, both of which are Netflix films.

Netflix featured heavily in the AFI’s list, which took up four positions on the list, including David Fincher’s Citizen Kane origin story Mank and Aaron Sorkin’s The Trial of the Chicago 7. Amazon, too, got two spots with the hearing loss drama Sound of Metal, with Riz Ahmed and Regina King’s One Night in Miami... .

Chloé Zhao’s awards and festival favourite Nomadland with Frances McDormand was also named an honouree in advance of its theatrical roll-out in the coming weeks, as was Minari, with Steven Yeun, which opens February 12. AFI also selected Warner Bros’ Black Panther Party film Judas and the Black Messiah which will have its première at the Sundance Film Festival on February 1.

The AFI also named its top 10 television shows, including Netflix’s The Queen’s Gambit, the Disney+ phenomenon The Mandalorian and Apple TV+’s Ted Lasso.

In lieu of the annual luncheon celebrating the honourees, AFI will hold a virtual benediction on February 26 streaming on YouTube and the AFI website.