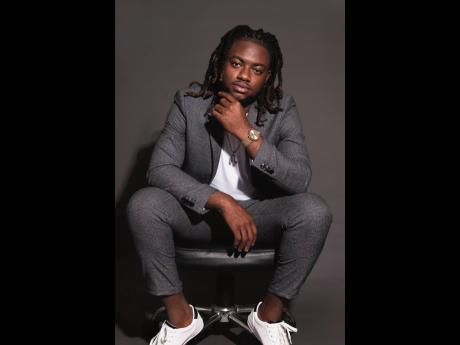 For recording artiste Answele, the rise to stardom is beginning to feel inevitable, but that is not his only focus. His music is getting support from some of the bigger names in Jamaica’s musical landscape. Earlier this year, a single titled Jah Is In Control, which he released in 2020, was featured on the Ghetto Youths International’s 21-track compilation, Set Up Shop, Vol. 4.

“It gave the song the traction it needed, and I can say now that my music is receiving a fair amount of radio play,” Answele told The Gleaner.

He added: “With all that is happening right now, the speed at which any artiste’s career might shift dramatically and for me, it is moving at a comfortable pace. I don’t want it to go fast. Iit’s all about slow and steady.”

It also helps that production powerhouse Sean ‘Young Pow’ Diedrick is providing some amount of guidance. Answele has also had the privilege of working with Damian ‘Jr Gong’ Marley on his début EP titled In Control. The seven-track compilation, also featuring the likes of Chronic Law on the remix of Jah Is In Control, is evidence that Answele is a nascent star on the verge of stellar evolution.

Sharing how he feels about working with the Grammy Award-winning Marley, Answele said, “Sometimes, the feeling is a lot like receiving good fortune. Maybe my father and mother did something right, and it fall on me. But then, I find myself questioning how I got here at the strangest of times.”

Recalling the making of Everlasting, the artiste and songwriter said there were instances while in the recording studio with Jr Gong, credited with being the track producer, when he became lost.

“I remember him [Jr Gong] even asking me, ‘A wah gwaan through yuh mind son?’ It was like an out-of-body experience that required me to snap back to life, back to reality that a musician who was at the top of the food chain was seeing talent and potential in me,” he said. “And Everlasting, which is the fifth track on the EP, was the hardest track of all of them to write and record. Somehow, I couldn’t find the exact words, even after finding two melodies, and you know when he likes them … he definitely never liked them.”

When a Marley uses the words “go again, try again”, it is in your best interest to take the advice, says Answele.

“Finding the melody doesn’t always mean you have a song. I was humming melodies until I felt confident to mumble some lyrics, and even then, I would hear ‘try again’ and me jus’ deh deh a beat up meself until Christopher Ellis, who was present, stepped in. Looks like he realised or feel sorry fi me and pitched in at the right moment … same time Gong walk in and say, ‘Yes, dat a it,’” Answele shared.

He said the production was one month’s worth of work, sleepless nights, and humming melodies even when he had the chance to get a few hours of shut-eye. He has also had the opportunity to sit with Rohan, Julian, Stephen, and his son, Jo Mersa.

“I am looking forward to doing more work with the Marley family. Yohan Marley is a bad lyricist, and whenever we speak, in passing, it is good energy. I would like to collaborate with him, especially. His music is on a different level,” he said.

In December 2018, Answele completed his first tour with reggae-dancehall entertainer I-Octane, which spanned 10 cities throughout Europe. He was the opening act on shows booked in Sweden, Switzerland, Germany, Italy, Austria, and France. I-Octane is also on the EP on the track titled Sunshine.

“I’ve been working on my EP ever since I returned from tour in between Jamaica and Florida. It’s very important that I build a solid network, and Jamaica is the root of my music, so that’s why I wanted the release done here – I want the foundation to be here – so listeners of my music can grow with me. Being that it’s the first compilation, it needed to be in a place where our music is consumed by a greater amount of people rather than in the diaspora. That is a small percentage of reggae-dancehall supporters, but I know it will resonate [with] the global audience,” he said.