Jo Mersa gets out of his comfort zone for new project 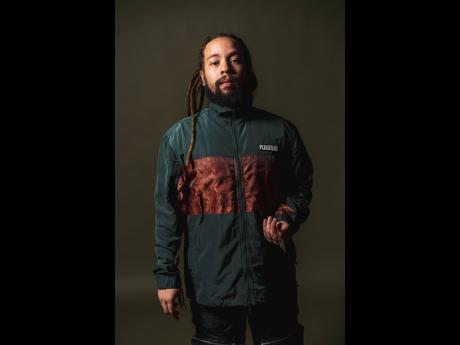 Contributed
Jo Mersa has pushed himself out of his comfort zone for his latest EP.

Joseph ‘Jo Mersa’ Marley is known for his blend of roots reggae and dancehall, with several singles and mixtapes under his belt to date. The recording artiste, who has an inherited skill for producing, has pushed himself out of his comfort zone for his latest EP, currently dubbed Eternal.

He promised that the compilation would have the classic sensibilities of his previous work in a private listening session held virtually over the weekend. Still, lyrically and sonically, it is a step in a bold direction.

“I don’t think any of the songs were challenging,” he said at first, explaining that his musical projects did not give any trouble to write or record, but after a few seconds, the answer changed.

“Actually, a lie. Hol’ on,” a realistic Jo Mersa responded to The Gleaner during the Q&A segment. “The track That Dream was a little challenging and not because of writing, but because of how I delivered the chorus in that it was out of my comfort zone.”

The Jo Mersa, who was introduced to a niche market of reggae lovers by Ghetto Youths International with My Girl, was a reserved, short-locked cub coming out of the lion’s den who focused a lot of energy on the deejaying side of his talent. He continued to show his versatility and flexibility in Bad Suh, released a year later, while gradually expanding his vocal range with tracks like Comfortable and Sunshine.

Now, the artiste is proving that he is not afraid to take recording higher with That Dream, which is produced by one of his cousins.

“Whereas many times, I would have done the chorus, it took a minute to sound like what it sounds like. I would usually deejay and sing on some low keys,” he said. “I guess listeners will hear me do falsetto or high notes at the end of the words, so when I sing ‘All I know I would sleep at night, when I dream that dream it’s all a nightmare’,” I had to keep on doing it over and over just to get it right.”

The EP itself is also a combination of sounds. Thus far, Jo Mersa shared collaborations with Kabaka Pyramid, Black I Am, and the song being promoted as the first off the forthcoming EP — Yo Dawg features Busy Signal.

Jo Mersa had revealed that he was anxious for the release of the collaboration with the veteran dancehall lyricist, who, “from we a youth we a listen and have been influenced by”.

The track — produced by Grammy Award-winning producer and composer Jazzwad — is a musical visualiser of what a day in the life of Jo Mersa is like. He shares some upcoming plans in the lyrics and has a lyrical conversation with Busy Signal. The conversation is reciprocal as Busy Signal also shares the million things he is handling while giving thanks for all his success.

Still a young lion in the Marley’s den, Jo Mersa celebrated a milestone with his 30th birthday on March 12. He anticipates the newest single, and music will reiterate his position as a force to reckon with in the music industry, especially as far as reggae music is concerned.

When it comes on to writing and recording tracks like Yo Dawg, Jo Mersa said that his projects are all based on the energy at a specific time.

“In all honesty, it depends on the vibe because sometimes you will have a tune or idea, like a whole tune is in your head but no beat, and other times, you have a beat and no tune. That’s for me, of course. I can’t speak for everyone. Some songs I am able to finish in a night, and some take longer,” he said.