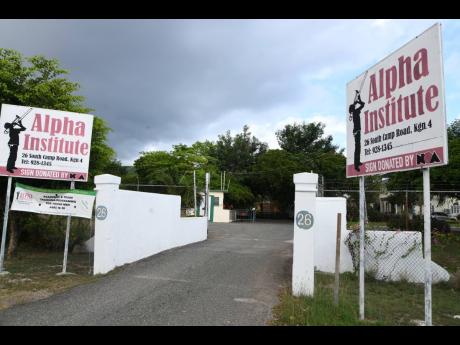 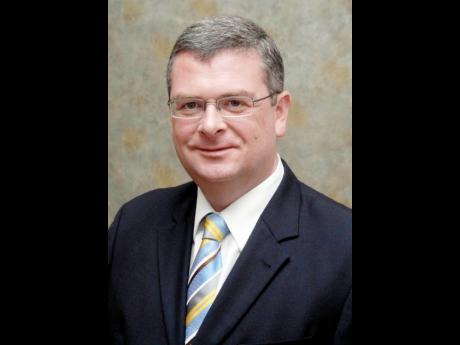 File
The Alpha School of Music centre is named in honour of Colm Delves, Digicel’s former CEO, who passed away last year April, after a battle with cancer.
1
2

The name Alpha Boys’ School is synonymous with music, and during its 140 years of existence, the Sisters of Mercy have played their well-documented role in churning out singers and players of instruments who have gone on to perform exceptionally well on the global stage.

In 2014, when the school’s dormitory closed, plans were made to repurpose the building into a dedicated centre for Alpha’s world-class music programme. With the help of corporate citizens, the Alpha School of Music is now a reality.

“It is such an exciting time!” Margaret Little Wilson, the school’s administrator, said gushingly. “We are able to continue the rich, musical heritage that we at Alpha are known for. We pride ourselves on being the cradle of ska and reggae, and Digicel has afforded us the opportunity to renovate what was the dormitory for senior boys into a music centre,” Little Wilson explained.

“I watched the transformation from start to finish, and it is beautifully redesigned. We have a resource centre, individual practice rooms, and the entire space is conducive to teaching and learning,” the administrator outlined.

The centre will have its official opening on Tuesday, April 27, and, for Digicel, which is this year celebrating 20 years in Jamaica, this project is personal. The music centre is named in honour of Colm Delves, Digicel’s former CEO, who passed away last year April, after a battle with cancer. Delves was said to be a lover of reggae music, who spent much of his free time in Jamaica taking in live shows and collecting memorabilia.

According to CEO of the Digicel Foundation, Charmaine Daniels, “We were challenged to find a project locally that would honour the memory of Colm. He loved Jamaica – the people, the culture and, most of all, the music. This project is ideal because Colm was also big on giving back, and Alpha has always targeted the inner-city youth, helping to change their lives and their trajectory through music.” Daniels told The Sunday Gleaner.

In his note to staff last year April upon the beloved Irishman’s passing in Dublin, Digicel founder and owner, Dennis O’Brien, said, “Colm was a great man, a great leader – there is no doubt about this - but what defined Colm, and what we will miss most, was his kindness, compassion and humanity. This was the essence of Colm. He was adopted by Jamaica, and he loved his time there. He stood front and centre as a leader and always supported his team.”

At next Tuesday’s ribbon-cutting ceremony, Delves’ brother, as well as O’Brien, will be present.

Daniels, too, is rather excited about the Alpha School of Music, and within the now very modern, 21st-century walls, she envisions endless musical possibilities. “I was a bit conflicted at the start of the project, because the dorm was built long ago with the high ceilings and the arches. We even saw where Yellowman used to sleep. And now the space is transformed, and it is really very beautiful. It has an administrative area, guidance counsellor room, a sound-proof practice room, a keyboard room and a master band room. The building remains rich in history and has been brought into the 21st century,” Daniels stated.

The Alpha School of Music will offer a two-year associate degree in music for boys ages 16 to 25 years old, and the recruitment process is scheduled to start any time now.

“We are looking to start with about 50 boys. From the foundation, Alpha Boys’ School has made a huge difference in the lives of the boys who have passed through these doors. So many young men out there who are failing and who need a programme such as this. Alpha will continue to nurture and equip young men for a bright future,” Little Wilson told The Sunday Gleaner.

Daniels added that students from Alpha Infant and Primary schools will also have access to the Alpha School of Music.

The Alpha Institute, formerly Alpha Boys’ School, marked 140 years on May 1, 2020. In celebration of this milestone, Alpha Boys’ School Radio partnered with reggae artiste Luciano to create a dubplate special that tells the music history of Alpha. This year’s Grounation series of the Jamaica Music Museum had a mission to highlight the musical legacy of this outstanding, non-profit vocational school for inner-city boys.

The Alpha Institute was established in 1880 by a group of nuns, who were part of the Sisters of Mercy Order, as a facility catering to at-risk youth, serving as a place for them to live, learn and grow. One of Alpha’s foremost educators and mentors was Sister Mary Ignatius, who passed away in 2003.