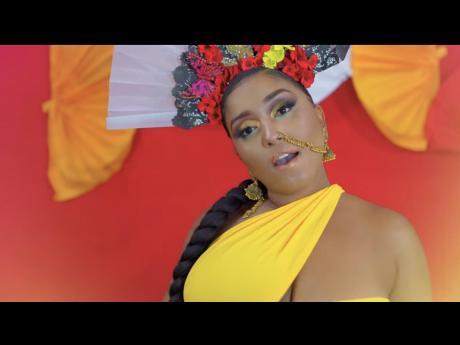 Contributed
Tia in a scene from ‘Farenheit’, her new music video. 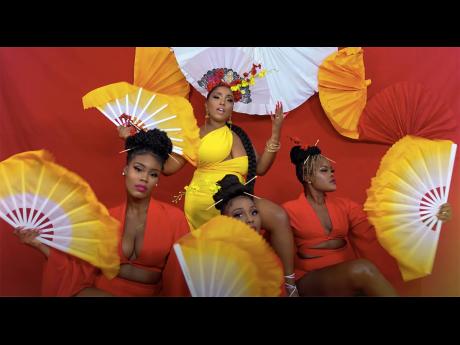 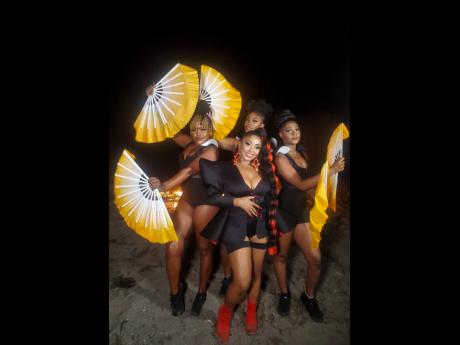 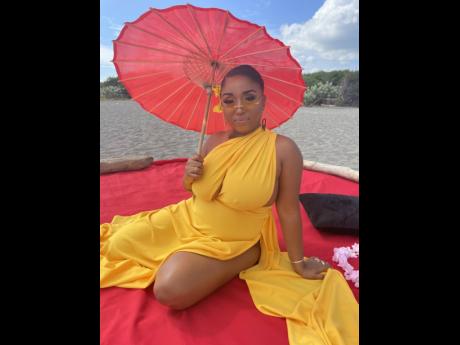 Contributed
Reggae singer-songwriter Tia is basking in the sun on the set of ‘Fahrenheit’. 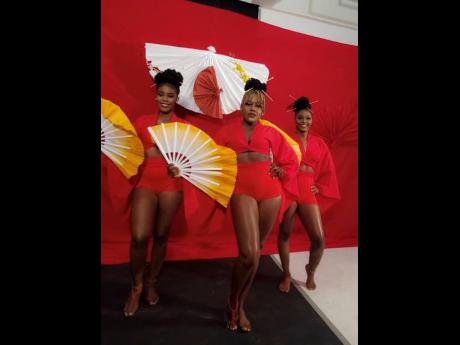 Back in the summer of 2019, a driving one-drop rhythm matched her soothing vocals in the infectious Reggae Music Sweet. It showed how Jamaica’s culture inspired her and proved to music industry players that this singer, based in the Virgin Islands, was worth a second look. The track was part of her Black Cocoon EP that put the then-newcomer singer on the watch list and eventually soared to the top five on the Reggae iTunes Chart.

Since her big introduction, the reggae-dancehall singer and songwriter has demonstrated her appreciation for Jamaican culture. Tia has graced stages as an opening act for established artistes such as Etana, Beres Hammond, Jah 9, and I-Octane, with whom she also collaborated on Longing For You, another track on the début EP. In April, another song of hers, Nice Up with Bounty Killer, made it on to BET Jams.

Her single Fahrenheit is another hot one. Released 10 months ago, she is only now putting out the music video. Tia returns to the dance floor waving fans, with the support of dancers Kimiko ‘Kimiko Versatile’ Miller, Catherine ‘Cat King Cole’ Reid, and Shereda ‘Reda Versatile’ McEwan. Describing the process of working with Kimiko Versatile as “reassuring”, Tia said that she commended the dancer’s innate understanding of the track and the concept she wanted to portray.

“I am not a dancer, but I wanted to make sure everything was captured in the best way possible. When I called up Kimiko, she was so confident that she could do it. That’s talent … to see and be inspired by something outside of your culture and to have the ability to make it into your own.”

Sharing the inspiration behind the video’s concept, she continued: “Thinking first of the word ‘Fahrenheit’, I instantly went to the opposite of hot … to cool down. Ok. ‘Let’s play around with ice, umbrellas, or fans’, I thought.”

It was then that she began searching out different options and came across a video of Chinese fan dancers. “It was the most beautiful thing I had seen, just how mesmerising it was. I wanted to find a way to translate the movements into Caribbean and dancehall culture.”

To convey the idea, the singer finally leaned into the simple use of fans, gold and red colours, and chopsticks in the hair. Fahrenheit is typically about the heated interaction between two people who are attracted to each other, but the production is a subtle nod to Asian culture. And while it showcases the talents of Chinese dancers through the Jamaican choreographer, there is much more to be garnered from the nod to Asian culture.

“I have been keeping up with the news, and it’s heartbreaking to hear what’s going on with the ‘Asian hate’, what the people of Palestine are going through, and of course, the prejudice black people always face. It’s just a highlight for people of colour who are constantly experiencing discrimination,” Tia said.

She mentioned that it was not uncommon for someone to think of her and her mother and sister as having an Asian background. Still, she explained that if there was any ethnic connection, it was “not in the current, last, or even previous generation of my family, but yuh done know as Caribbean people we so mixed”.

Tia said that not only is Fahrenheit an ode to summer, it is her way of paying homage. “I would say it [the video] came at the appropriate time as the hottest season of the year approaches as well as to show my respect. I don’t want anyone to think it’s cultural appropriating. That’s why after the video was officially released last Friday, I shared the exact video that inspired me on social media. I give credit where credit is due,” she said.

Bringing the ideas to fruition for the music video was not exactly easy either. It was complicated by the pandemic and the travel regulations to get into Jamaica, she said.

“It was stressful. There were a lot of ups and downs. At one point, I questioned if I should bother with a video - that second-guessing humans do when things are not working out the way we want it. From the time of the song’s actual release to now, you know say is determination and because we all believed having a visual would make a greater impact,” Tia said.

The hard work and nail-biting paid off as the music video for Fahrenheit is the second of Tia’s to make it on to BET Jams - less than a month since Nice Up.

“Of course, the track with Bounty Killer on it was a certified yes for BET Jams, and they got to know who I am from that song. It was a delight when this one was approved too. I’m also happy that we could get ZJ Liquid, a DJ-producer with the noteworthy reputation he has, on the track and in the video,” Tia said.

“I haven’t been putting out that many new singles, but I’m working on a lover’s rock-reggae EP to make an amazing follow-up to Black Cocoon, so for now, I’m pushing these productions and pushing hard. I’m currently home in the Virgin Islands but hope to be back in Jamaica sometime soon,” she concluded.