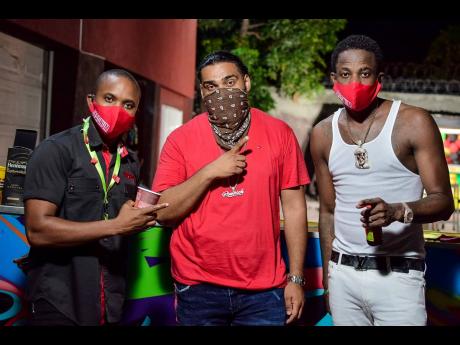 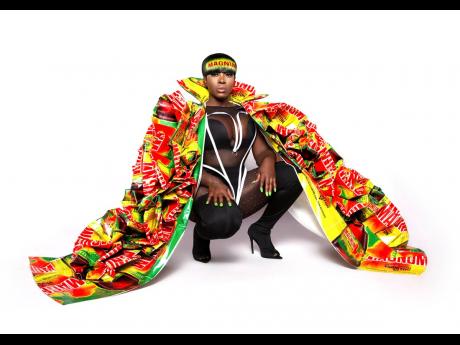 Contributed
Magnum and Spice have renewed the sponsorship deal.
1
2

Hot on the heels of their contract renewal with ‘Queen of the Dancehall’ Spice, Magnum Tonic Wine says the brand will continue to support dancehall music. Kamal Powell, the brand’s regional marketing manager for the Caribbean, told The Gleaner that even in the midst of difficult times for the entertainment industry, the Magnum brand has found ways to keep their partnership with key dancehall players alive. He expressed that with dancehall music being the heart and soul of Jamaica’s entertainment landscape, Magnum has, over the past 14 months, taken on new initiatives that speak to their dedication to the industry.

Reiterating that Magnum is the ‘official drink of dancehall’, Powell said the brand will do whatever it takes to nourish the union. “It is important for Magnum Tonic Wine, as the official drink of dancehall, to showcase the culture’s energetic, vibrant, and engaging nature, as we both share consumers,” he said. “We have been lucky to have been able to play our role in supporting the industry throughout the pandemic with online shows such as Magnum Xplosion, and now the ongoing online event series, Magnum Box,” he said.

Magnum Box is an online event which provides an outlet for recording artistes, dancers, and disc jockeys alike to enjoy dancehall entertainment in a safe space during the pandemic. So far, Ding Dong, Jah Vinci, Kyodi and Onsound Mynd have performed on the series. Magnum Xplosion, which is usually a physical concert, was hosted virtually at the start of the year. That event saw performances from Shenseea, Ding Dong, Capleton and Beenie Man.

Using their renewed ambassadorship with Spice as an example of their commitment to the industry, Powell says the partnership has yielded huge benefits for the brand since 2019. He said the latter was part of the reason she was brought back as their leading female brand ambassador. Magnum and Spice have since started a Go Down Deh challenge, named on a hit collab with Spice, Sean Paul and Shaggy. It will give lucky dancehall fans a shot at a share of $1 million in prizes.

“Our brand is closely knit with dancehall culture, so having the genre’s queen, Spice, further maximises our place in the industry. The song mirrors our brand in so many ways, as it is both magnetic an entertaining, while being pointedly dancehall,” he shared. “We decided to gift Spice a big cheque of $1 million for her fans by having a social media-based Magnum Dance Challenge to the track. This will help the song to gain more traction and reinforce Magnum’s commitment to the industry’s fans, who we share as we continue to ‘tek charge ah tings.’”

Magnum is one of the few corporate brands in Jamaica that have shown unwavering support for dancehall music and its exponents over the years. They have also showed immense support for Ding Dong, Ishawna and Romeich Entertainment.