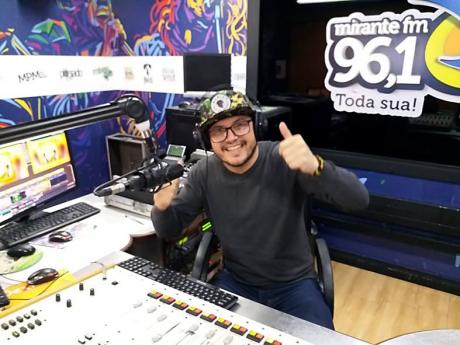 Contributed
Waldiney Silva, who is known to everyone as ‘DJ Waldiney’, has been the host of ‘Reggae Point’ in Brazil for 26 years. 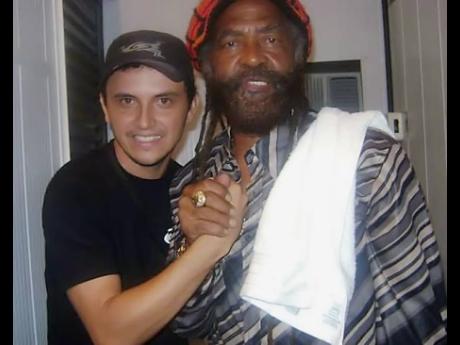 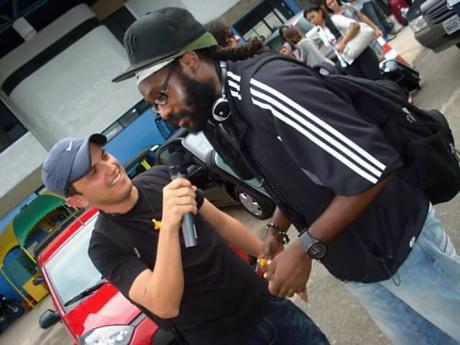 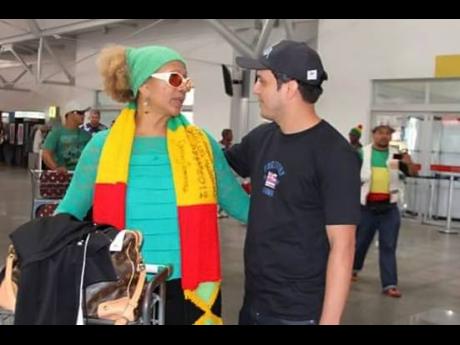 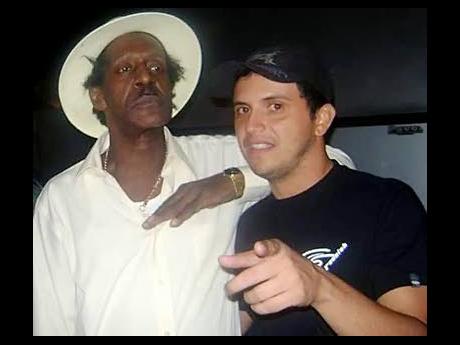 Contributed
2. DJ Waldiney (right), and Gregory Isaacs. When ‘The Sunday Gleaner’ spoke with DJ Waldiney, he was wearing an Isaacs T-shirt because he was celebrating the July 15 birthday of reggae’s ‘Cool Ruler’. 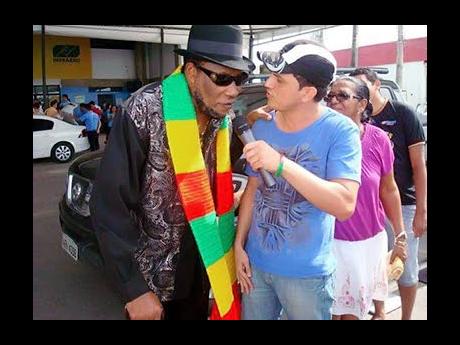 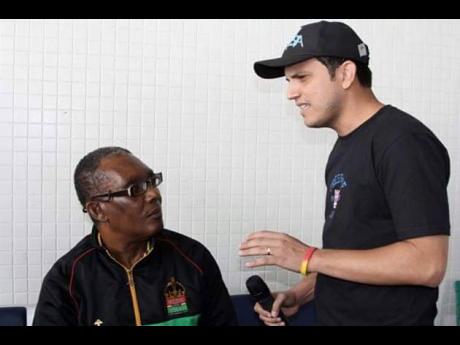 The people of São Luís in Brazil are proud that their city is known across the globe as ‘the Brazilian Jamaica’. And the reason for that designation is the fact that reggae music is the heartbeat of São Luís. The folk are so enamoured with this...

The people of São Luís in Brazil are proud that their city is known across the globe as ‘the Brazilian Jamaica’. And the reason for that designation is the fact that reggae music is the heartbeat of São Luís. The folk are so enamoured with this music out of Jamaica that they have their own reggae museum; their own reggae dance, the agarradinho; City Hall has its own Reggae Strategic Planning Committee; reggae music is played on every street corner; reggae festivals are part of the fabric of the city; and reggae shows abound on radio.

One such programme is the ‘Reggae Point’, which went live on air 30 years ago. During that time, it has been aired continuously for three decades, with a two-hour prime-time slot on the radio every day, including Sundays. Waldiney Silva, known to everyone as DJ Waldiney, has been the enthusiastic host for 26 of those years, and he is honoured to be celebrating the programme’s milestone.

“The power and energy of reggae music is so special and vibrant. There is not another music that can bring to a person what reggae music brings. For decades, our city is called the Brazilian Jamaica. We wear our Jamaican colours to parties. On every corner of every street, you can hear reggae music playing, sometimes from the houses,” DJ Waldiney, who speaks only Portuguese, told The Sunday Gleaner through his interpreter, Daniella Dourado.

The disc jock, who can sing reggae songs word-for-word, explained that ‘Reggae Point’ grew out of another reggae programme, ‘Reggae Night’, and since then, it has been on air uninterrupted for three decades. “’Reggae Point’ commands the major audience on Mirante FM 96.1, beating all the other reggae programmes on different radio stations. Since the beginning, it has had a huge importance to the propagation of reggae music in Brazil, especially because beyond playing two hours of reggae music, it also shares information about the genre, and in the past, it has helped to bring many Jamaican artistes and bands to perform in our city,” the reggae-loving DJ, who still has a visit to Jamaica on his wish-list, said.

One of the fascinating things about the São Luís reggae experience is that it is the reggae music of the ‘60s and ‘70s that dominates the airwaves. “We play a lot of songs of that era because they bring the most inspiration for people. But we play current artistes as well, for example, Tarrus Riley, Etana, Richie Stephens. A few years ago, Richie Stephens came to São Luís and heard them playing a very old reggae song from the ‘70s, and he could not believe it. He said, ‘In Jamaica, we don’t play those songs!’ The song was Donkey Train,” DJ Waldiney related, while rocking his Gregory Isaacs T-shirt because he was celebrating the July 15 birthday of reggae’s ‘Cool Ruler’.

He added that another song that also surprised Stephens when he heard it being played in the club was Yvonne Sterling’s Full of Music, which, incidentally, was also the first full-length album that he purchased decades ago.

“Imagine, in 2015. Richie and I were talking about that song, and then in 2020, the people of São Luís were able to stage a fundraiser for Yvonne Sterling. We had planned to bring her and Richie to perform in Brazil. I was devastated when I heard she had died,” he added.

The Brazilians also created their own reggae dance, called the agarradinho, which DJ Waldiney was happy to share is now being considered for cultural heritage status.

“A couple of decades ago, Brazilians were dancing the salsa and the merengue, but when reggae music came in the mid-70s, we didn’t know how to dance it, and so we created our own steps. And so, throughout the years, every club that you go to, you can see the couples dancing side-by-side,” he told The Sunday Gleaner.

“The way we dance reggae music in São Luís is different. We call the dance the ‘agarradinho’ because we dance on the rhythm together. Agarradinho means together or very close, and it is on its way to being recognised as intangible cultural heritage, and that will be possible only because of the existence of the reggae music in the world,” he shared excitedly.

It was in 2018 that the government in São Luís opened Museo do Reggae Maranhão, the first reggae-themed museum outside of Jamaica, with the objective of preserving the reggae culture. Reports are that in the first year of operation, the museum received 50,000 visitors.