OD for Mighty Diamonds, the longest group together in reggae music history 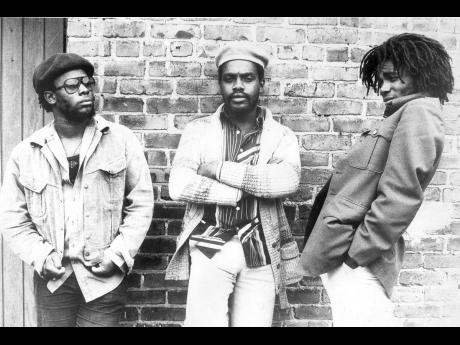 Gleaner photograph
The Mighty Diamonds in 1975. 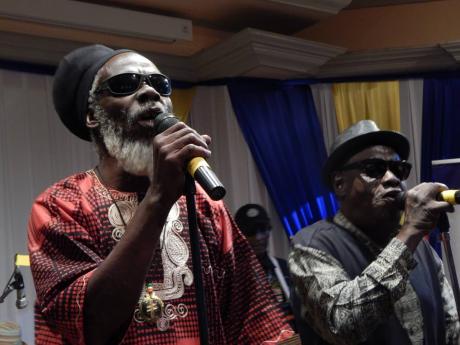 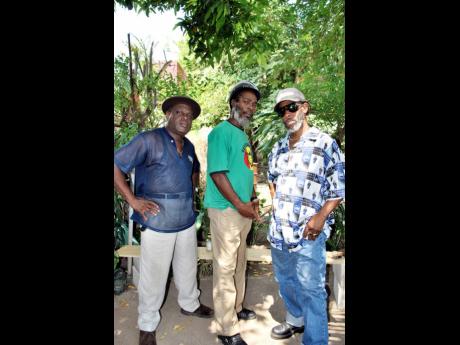 “Did you know that diamonds are the hardest substance known on Earth?” asked Judge Diamond, a member of the trio that comprises Lloyd Ferguson, also know as ‘Judge’; Fitzroy ‘Bunny’ Simpson; and Donald ‘Tabby’ Shaw. Of note is that over the years, a new surname, ‘Diamond’, has naturally been added to the monikers of all three.

“What is the secret to our longevity? Well, all I can say is that it seems like this was ordained by the Father. Yes, we really keep it together. Part of the thing is that we love the music, and so, when is time to sing, we put our differences aside and do what we are here to do,” Judge continued.

For this elder statesman of reggae music, one of life’s greatest lessons was learning when to let go and when to hold on just a little bit longer. It was also about putting in the work by entering every talent contest around and rehearsing for three years before releasing their first song.

“We used to win a lot of the talent contests, and I can recall receiving a bottle of Wray & Nephew overproof white rum as first prize, and none of us never drink, so we gave it away. I was the original lead singer of the group, but I step back and allow Tabby to lead because we wanted a particular sound for Diamonds. I am the main songwriter, but nuff people don’t know that. When me and Bunny write a song together, we then go and teach Tabby the song. If anybody did play selfish, the group would have split,” he said.

In a twist of fate, it was just when the Diamonds — who, incidentally, got their name from Tabby Diamond’s mother — decided to throw in the towel that they made their breakthrough. And the song could not have had a more ordained title: The Right Time. The influential reggae band would go on to release their début album, Right Time, in 1976, on the Virgin Records imprint after the label signed them following a talent search in Jamaica. Right Time is honoured as one of the classic albums in roots reggae.

Their storied career has seen the Mighty Diamonds perform “every place on Earth where reggae music is played”, and Judge emphasised, “out there, we always raise the Jamaican flag high”. Having had a stroke five years ago, Bunny Diamond has not been active with the group on tour, but he remains in their hearts at every show.

“We go to Japan at least a dozen times. We have performed in Poland, Czechoslovakia, Hungary, you name it. Perhaps the only places that we don’t go are Alaska and China,” he stated.

The smiling Judge, who, ironically, got his nickname as a child because his expression was always so serious, breaks out into almost raucous laughter when recounting the tales of how the Diamonds mightily upstaged many a big-name artiste while on tour. They once decided to perform the song There’s no me Without You on a concert with a big name R&B group and did it so well that the group was enraged. “They were so mad. They said, ‘You guys sing reggae, why did you do that?’” Judge said, laughing.

Another incident, this time a concert on a boat, saw the main act “mashing up the place” and the people cheering for her (the performer) at the top of their lungs. It looked as if there were no ‘fawuds’ left for Diamonds. But when they touched the stage, it was a different story altogether. “When we came off, we heard the white girl complaining, ‘Man, these damn Jamaicans!’ I said, ‘Yeah, man. A suh we do it,’” Judge recalled.

Along their musical journey, the Mighty Diamonds has collected numerous awards across the globe. When the roll is called on National Heroes Day in October 2021, Judge, Bunny, and Tabby Diamond will be among the elite who will receive national honours from the Government of Jamaica. They will be vested with the Order of Distinction (OD) Officer Class for their contribution to the development of Jamaican music.

Music-industry players say this honour is long overdue, and the group’s first manager, Copeland Forbes, could not be more thrilled.

“They are my boys, and it couldn’t have happened to a worthier trio. I am ecstatic that the Government has seen it fit to give the Diamonds this honour. I have so many great stories about them, but you can all read about it in my book, which is finally finished,” Forbes told The Sunday Gleaner.

“It feels good. It is well-deserving,” Judge said frankly. “A lot of people got theirs before us. When dem was giving Ken Boothe, Ken did ask, ‘What happen to Diamonds?’ The government reps came and asked us if we would accept the OD, and we said yes, man, because they have to get our approval before it is announced. I don’t really know how the selection process go, but we thank everybody involved. Nothing happens before the right time,” Judge said wisely.