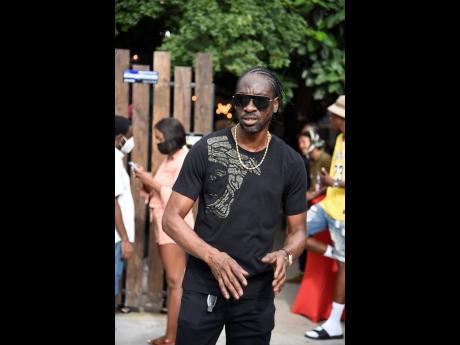 Nicholas Nunes/Photographer
Dancehall artiste Bounty Killer says that sales, charts and Grammy Awards are not what determines a great album.

The year 2002 was the last time dancehall artiste Bounty Killer released an album. The project, dubbed Ghetto Dictionary, was a critically acclaimed double album that earned the artiste a Grammy nomination.

Almost two decades later, the entertainer is getting ready to release his next full-length album. The highly anticipated project, dubbed King of Kingston, is expected to follow up on the successes of Ghetto Dictionary, but Bounty Killer says the only expectation he has is the hope that the album will connect with the masses. For him, sales, charts and Grammy Awards are not what determine a great album.

“Charts and sales don’t define a good project for me because sometimes some people marketing and PR team just extremely good and they can make a roach look like a ‘barble’ dove,” he said. “Most times, an album that does good nuh must be the best album. It’s the marketing that [the] project gets that make it stand out. A lot of the songs yuh see hit, it nuh mean a di best thing weh come out at the time, but it just reach a better stage because it get better marketing or come out at a better time.”

The artiste went on to say that for an entertainer of his calibre, who has been in the industry since the ‘90s, quality music for him is judged on more than just sales statistics. “Sales don’t define the quality of a song or an album. When I put a song, even if it nuh sell it nuh make me feel like the song never good because I know the detail in the music and I know it will last regardless of how much it sell,” he shared. “When I put out Book, Book, Book, it was two songs that I had on the riddim. The other one was when I said ‘more gyal fi dis yah amount a nature’ ( More Gal), and dat was the bigger song when those two songs came out because a gyal song and every man love gyal. So it was the big song for the ‘90s but come the 2000s, Book Book Book became the classic.”

He said Book, Book, Book has surpassed More Gal. “When dem just come out, More Gal run weh but after 25 years, Book, Book, Book a di bigger classic. So I realise it’s not the success of the song [that] make it a hit. That’s where I learn that the detail in the music last,” he continued encouraging artistes to make good music. “Sometimes di song dem take long fi hit di people dem but from it find dem, it will stay with them, so I don’t watch sales, and I don’t care about Grammys and all these s***. It’s nice to have a Grammy and all these things, but that’s never the aim.”

Bounty Killer says he is most looking forward to the way people react to his latest project. “When I drop albums, I don’t do expectations because that’s not a good thing. When yuh expect things, and it doesn’t work, yuh disappointed. I know that I am making a good project, so I am expecting people should like it, and that’s all. I don’t know what sale it’s gonna get because I am not making music for just the sales. I am making music for the details. I want to see how people gravitate to it, how long people talk about the project and how much people remember it,” he said. “My albums are like over 20-odd years old, and people remember them and the tracks on dem. Those are the type of albums I make; classic, full projects. I am sure this is gonna be another masterpiece. If I don’t expect nothing, I am sure of that.”