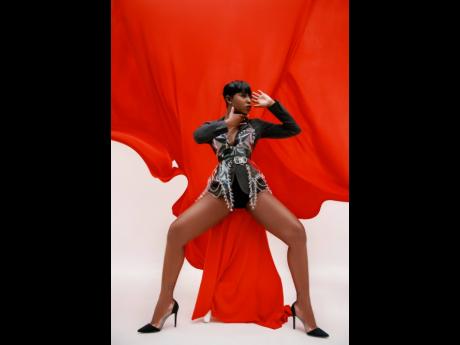 Contributed
Blair says ‘Shine’ is really about the underdogs, and calls it an ‘underdog anthem’. 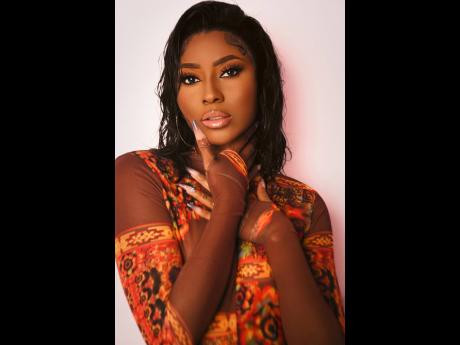 Her latter statement coincides with the title track, which serves as an anthem for the often-overlooked stars among us, herself included.

“That song is 100 per cent dear to me because, for one, I had an-out-of-body experience with it – I just don’t remember writing it,” she shared. “It’s almost as if I didn’t write it, and I knew I wrote it because I’ve heard the stories, but I can’t recall writing that song, so when I listen to it, it’s almost as if it’s another artiste’s work I’m listening to because honestly, it’s just magical how Shine came about. Two, when I listen to the words now, I can empathise with and relate to all of the lyrics because I know that I’m a star, and sometimes you can feel like you’re in the shade when all the noise is around you, and there’s a lot of noise created for things that I don’t think should be put at the forefront per se ... There are crazy talented artistes in Jamaica; I know more than five, not only myself. Are they at the forefront? Nah. So Shine is really about all the underdogs. It’s really the underdog anthem.”

The resistance isn’t a hindrance to Blair’s goal of being Famous, another track from the EP which sees her giving a flute solo. Her latest music video is for All Summer from the EP, her first dance-pop single, which visually unfolds as a grown and sexy summer romance with Blair serving looks, dance choreography and essentially, the change she wants to see in the music industry.

“I’d like to see difference in the space, not everybody doing the same thing or going about the same route to achieve one goal, which is creating music and getting music to the people out there,” she said. “We have a responsibility to put out quality content ‘cause music is very powerful, so if we drop our hands on that, we’re kinda in trouble, I think. I always want to be a change. I always want to create differently. I always want to represent the best for my home country, Jamaica.”

All Summer has garnered more than 100,000 accumulated YouTube views since its première two weeks ago, and Blair says fans can expect more music videos. On the Side and the previously released Gimmie a Light are the other tracks from Shine.

She’s also working on virtual performances to further promote the set, as well as a special show for her fans.

“I’m in the process of working on a live performance for my audience; it’s kinda like a thank you, so that’s coming up shortly.”