FamousSoSick is ‘Humble to Create’ 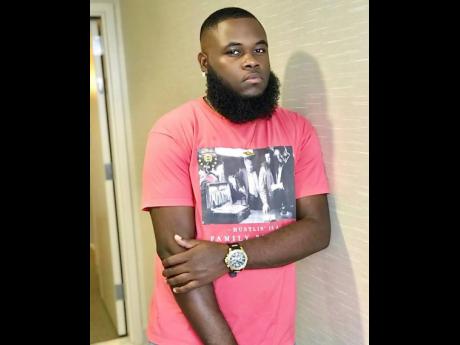 Contributed
Antony ‘FamousSoSick’ Sewell is focused on highlighting integrity in his field through his newly launched brand, Humble to Create.

It’s impossible to talk about Jamaicans who have transformed the YouTube space without mentioning Antony ‘FamousSoSick’ Sewell.

Today, 29-year-old Sewell is focused on highlighting integrity in his field through his newly launched brand, Humble to Create.

“It’s a brand that I’m bringing which won’t be just me, but I want to have other content creators come on board later on,” he told The Sunday Gleaner. “It’s not necessarily gonna be the hottest set of people or who has the most followers – dem haffi match my energy. Most people right now create fi various reasons. There are people who just a dweet fi a quick hype, girls or money, while some a dweet because dem want a following. I want to work with somebody who understands seh everybody have them own lane and yuh nah fi compete wid nobody, yuh just haffi waan be better and have a real passion fi creating content. It’s more for the humble set of people who willing fi create and create things humbly.”

The venture coincides with how he got his start: a Port Antonio High School jokester who wanted to express himself through vlogs and music review videos on Facebook.

“It was just fun cause I was getting a buzz in school as Facebook was huge back then,” he said. “I used to make music reviews (SMR – SoSick Music Review) before people start doing it. I actually was doing SMR before I start doing comedy videos or vlogging.”

He continued after migrating to New York, the US, with his family at age 15. It was, however, after his mother’s passing in 2012 where he became more immersed in his craft and met Trabass, with whom he began making film productions.

“We was just doing it for fun and to see people laugh, and the enjoyment we bring was the only thing we wanted from it. We had no clue we was gonna reach to this level.”

The crew quickly became popular in Jamaica and the diaspora, and their ‘Jamaican Road Rage’ comedy sketch expanded their audience.

“That kinda put we to a next level because back in the days, it was only World Star that was the biggest platform, and it made it to World Star so quick,” said Sewell. “That was probably the first comedy video that gave us a million views, so just to see how quick a video could rise will always make it my favourite video.”

By 2014, Pink, Nice, Sanka and himself formed Laugh to Success, an online platform where they could continue making comedic skits after Trabass moved to Florida. Though Sewell said the venture allowed them to pursue more sketch ideas and longer videos, their content ultimately slowed down due to them having different careers and addresses. With Sewell being the only full-time content creator, he decided to create his own YouTube channel and started posting in 2019.

“It wasn’t really different creating for my own channel because in Trabass TV, I used to do a lot behind the scenes,” he said. “When it comes to us creating whatever short films you see me in, we go 50/50, so me and Trabass normally do the writing. Me is a director behind the scenes a lot too. Anytime yuh nuh see me a act, most of the times a me a video it, so it wasn’t a huge difference to do my thing now because mi been a dweet.”

His channel comprises original skits, cooking videos, vlogs, challenges, pranks and his music. His first major independent short film, Right Hand, is also on the channel. The FamousSoSick Production follows a man’s attempt to rescue his sister, whose kidnapper is his nemesis in his secret life of crime.