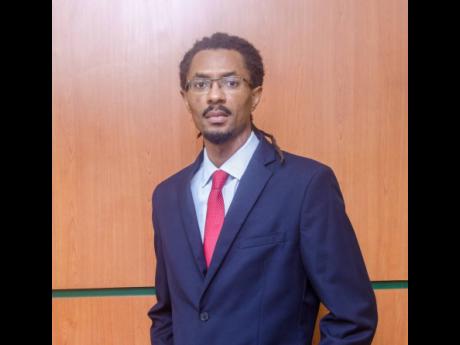 Evon Mullings, general manager of Jamaica Music Society (JAMMS), the Jamaican performance rights organisation, says members are losing millions of dollars in royalty payments and has called out the Government for “its failure to protect artistes and musicians”.

He says that legal provisions to be made in Jamaica’s Copyright Law have been stuck at the Attorney General’s Department since early 2016, thus depriving music performers of royalty earnings.

“As a result of this extended delay by the Government in putting the legal provisions in place to make it possible, Jamaican artistes and musicians have been forced to endure a huge gap in their ability to earn certain royalties,” Mullings stated.

The JAMMS general manager, who has a background in economics, explains that the music industry globally comprises several layers of practitioners who contribute to music, whether in live format or via the recorded versions. Several categories of these contributors are given legal protection for their role and involvement in the creation of music. Music performers is one such category and comprises vocalists (artistes) and musicians (players of instruments).

He notes that despite the active steps taken internationally, and adopted by most countries into their copyright laws, to increase the legal protection given to performers, Jamaica has failed to take similar steps. Jamaica is a signatory to the International Copyright Treaties designed to protect performers.

“As a result, the inflow of millions of dollars from markets such as the USA is jeopardised since a two [way] exchange cannot take place. This is a huge gap in the potential earnings of Jamaican performers as the USA market remains one of the biggest for Jamaican music,” Mullings stated.

He adds that thousands of Jamaican performers will continue to be deprived of their performance royalties income until the amendments are made.

“Performance royalties from the playing of their music by way of radio, television, cable, and businesses such as clubs, bars, hotels and others, help to supplement their often-meagre income. For many, their music royalties eventually serve as a form of pension and so depriving performers of this source of royalty serves to impoverish many, especially in their later years,” he noted.

Mullings explains that having signed the WIPO Treaty in 2002, “Jamaica has failed to do right by its performers for the past 19 years, while countries across the world, including Caribbean countries such as Barbados and Trinidad and Tobago, have long updated their copyright laws which grant performers the remuneration rights due to them”.

He urges the Government to take immediate steps to remedy the situation.