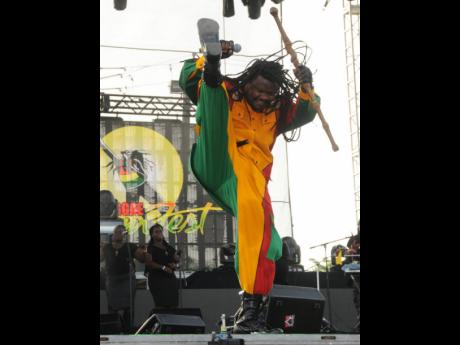 File
An energetic Luciano performs on Reggae Night of Reggae Sumfest 2016. One lesson he says he has learnt in his 30 years of performing is, “to put on shoes”. He shared: “I had the terrible experience of stepping on some metal shavings on a stage”. 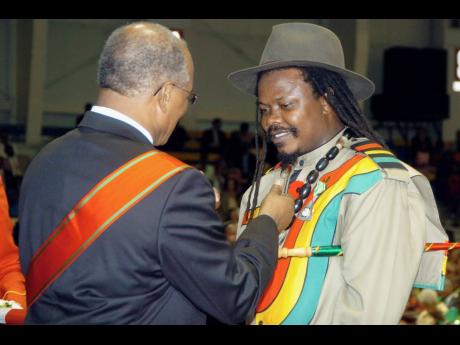 File
Luciano is invested into the Order Of Distinction in the rank of officer by then Governor General Kenneth Hall. 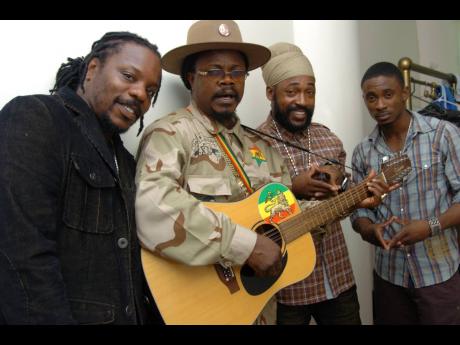 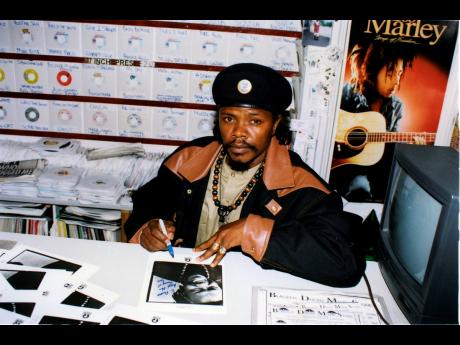 Voice Photo
A young Luciano signs autographs with a poster of Bob Marley in the background. Marley is one of many icons the 57-year-old holds in high regard. 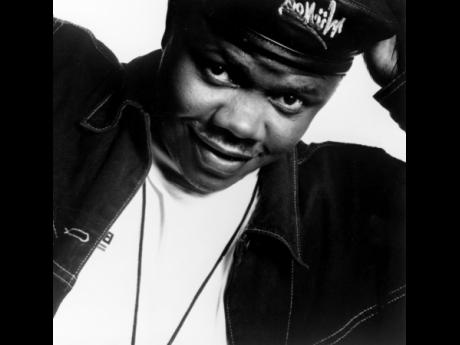 Voice Photo
Luciano got his start in 1992, and some 30 years later has produced more than 60 albums. 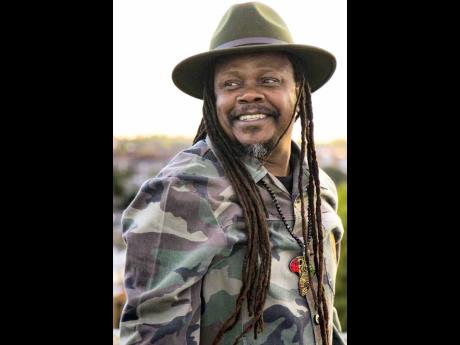 Contributed
Luciano shared that when he started out, he had no idea that he would touch so many lives.
1
2
3
4
5
6

Thirty years and more than 60 albums later, Luciano has cemented his name as one of the most successful and consistent reggae recording artistes of all time.

Picking up countless accolades, from receiving the Key to Kansas City in 1999 and being invested into the Order of Distinction in the rank of officer for outstanding service representing Jamaica in the field of entertainment in 2007 to being nominated twice by The Recording Academy for the Best Reggae Album Grammy, Luciano is not short on honours. He remains one of the humblest talents walking the journey as a musical messenger – hence he has been proclaimed ‘The Messenjah’ since the beginning of his career in 1992.

“I have learnt a lot over the past three decades. The whole experience… it is really fulfilling in the sense that when I started our singing and travelling the world, having the opportunity to see different places and faces, I had no idea I would be touching so many lives,” Luciano said in his interview with The Sunday Gleaner.

Some of his biggest hits are from his first two albums – Where There Is Life and Messenjah – with Island Records released in 1995 and 1996. A New Day and Zion Awake earned recognition from The Recording Academy as contenders for the 44th Annual and 58th Annual Grammy Awards in 2001 and 2015, respectively.

BEFORE HIS MUSIC-MAKING CAREER

Before music-making was woven into the fabric of Luciano’s life and the cultural tapestry of Jamaica, the singer-songwriter was stitching textiles and creating valuable pieces of furniture. Singing was just a hobby, he said.

“Before I entered the music fraternity, I was working my way up the professional ladder as an upholsterer. I worked with Campbell’s Upholstery on Law Street in downtown Kingston and then moved on to Masters Upholstery which was at the LOJ Complex on Norman Road,” he shared. “Up to this day, a bredrin of mine that I made a loveseat [for] told me them still have it. And just the other day, I bought [a] settee and it buss out – people not doing anything out of love or spending enough time on their creations. It has made me consider going back into the upholstery and furniture-making business.”

The 57-year-old entertainer’s open reflection on the past is a window into the lives of other musical icons. He holds the likes of Bob Andy, Dennis Brown, Admiral Tibet, Bob Marley, Toots Hibbert, Robbie Lyn, Jacob Miller, Sugar Minott, Beres Hammond, Sly and Robbie, and Dean Fraser in high regards.

“Growing up in the countryside, I never thought I’d get to meet some of the greatest musicians who have achieved great heights, and not only singers is humbling. Many of them have passed away, but they are still inspiring me and others. I listened to Bob Andy’s music, but it is when I got to meet him, that I realised how great the man is and how alike we were. I see myself as a philosopher, and that man was a philosopher,” Luciano expressed.

“It’s a lot of people that have been influential to the man and musician that I am and have become. Oh God… when I [met] Dennis Brown was another humbling occasion. Imagine me in my 20s seeing this icon in studio. He was leaning his elbow on the wall, and I kept asking if he needed water. I remember I hurried and run to the shop and get room temperature water, and when he received it, I felt great compassion. I never saw him lose his composure, and I wanted to emulate him and sing like him,” he continued.

He names his performance with the Royal Philharmonic Orchestra in 2014 in Holland, as well as an earlier appearance on Live At Brixton Academy in 1996 as the most memorable events in his career. And while he does not give up a chance to kick off his shoes and prance across a stage, for the past two years, Luciano has been on his home soil, “focusing more on recording new music and doing dubplates rather than touring” because he wants to stay COVID-19 free, though he is uncertain if he has ever contracted the virus.

He said, “I might have gotten it, but I never went to any doctor to get a diagnosis. Any little stuffy feeling or sniffles, I have always relied on my natural herbs, drinking ginger, turmeric, lime and garlic together and a mixture called bissy-vera that is a mixture of bissy, aloe vera, medina and ginger. I also think hard work, keeping active makes me functional and has helped me stay vibrant.”

Some shows have advertised that Luciano will be gracing the stage in 2022, but he “remains in limbo, not wanting to rush into anything like that.”

The singer-songwriter laughs at the mere mention of being barefoot on stage, as many may have witnessed if they were ever in the audience of a show he performed on. “That’s another lesson I have learnt in my 30 years of performing,” he said. “To put on shoes.”

“I could say I an’ I a Rasta and have no problem walking barefoot, but I remember one occasion when I was washing my car, and me never worry to put on no shoes. Same way I was washing the car is the same way I went into Half-Way Tree, and Mister Sly (of Sly and Robbie) turn weh him head fast like sumpn flash through him mind. It turns out that he told Dean Fraser ‘Me see yuh singer outta ‘Trees’ barefooted’, and you never know the impression you leave on someone. I also learnt to be cautious even after that I liked to perform without any shoes, and I had the terrible experience of stepping on some metal shavings on a stage and had to stop performing to take a piece out of my foot. I have so many lessons and stories to share, from almost falling off a box to flipping off a platform and ended up in a culvert under a stage,” Luciano recalled with a chuckle. “That’s why soundcheck is of major importance to me.”

He breathes deeply before returning to the moment. Breathing deeply, he will tell you, is a practice that many singers are accustomed to, but when the Mandeville-born and raised entertainer breathes before he speaks, you can hear the passion and devotion that he has managed to deliver in his music, and it is that same deep breath that he took when making that step from his home and into the world of music three decades ago.

“It has been a grand opportunity to contribute to both dancehall and reggae culture and to touch lives. There’s no doubt music was and is always a doorway for a lot of people to get jobs, travel the world and meet people. I’ve met many people even to perform for persons in the highest level of government in different countries, and it has allowed me to learn so much. I have grown with the music, and it has carried me places, and I have expanded my life. I am proud at the same time to be a messenger of conscious music, and there is more music coming this year, this month to be exact. The lovers of my music can look out for an album,” Luciano concluded.