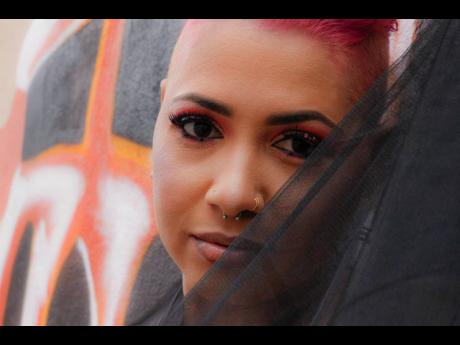 Stephanie Lyew
Model-turned-recording artiste, Cindy Lions, is ready to take a bite out of the music industry. 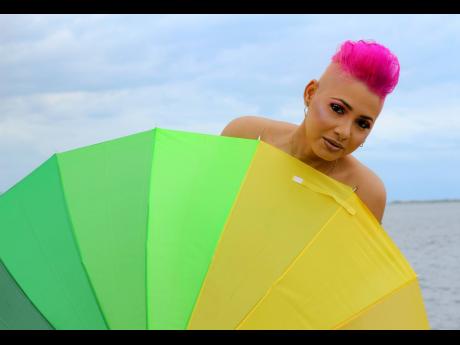 Stephanie Lyew
While Cindy Lions does not have plans to light up any fashion runways any time soon, she said that if a modelling job showed up on her radar and it benefited her music career, she would definitely consider it. 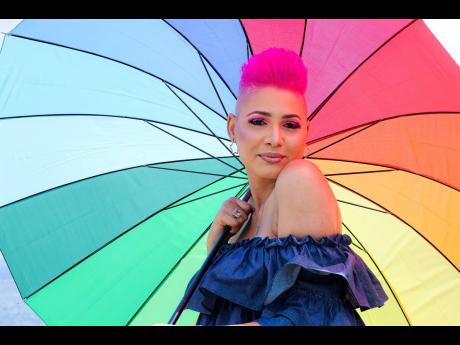 Stephanie Lyew
Recording artiste Cyndi Lionz’s official debut ‘Rain’ will be released at the end of this month.
1
2
3

Roaring into the new year, Cindy Lyons aims to take a bite out of the music industry. Already a pioneer in the fashion world, being named the winner of the inaugural Pulse Caribbean Model Search full-figure reality TV competition 12 years ago, she dared to defy the status quo of what a runway model should look like. This afforded her opportunities to walk the runway in the clothing of designers who showed their versatility and acceptance of thicker models on the annual Caribbean Fashionweek runway, which she said was the highlight of her modelling career. It’s no surprise that she is prepared to strut into the spotlight once more, this time on a different stage.

“I am a firm believer in ‘variety is the spice of life’, and I have always had an appreciation for music of all genres. This may sound cliché, but I don’t think I have ever met anyone in the world that says they don’t like music, and for me, it’s part of my DNA to love music… the very rhythm of a heartbeat is music,” she told The Sunday Gleaner.

The model-turned-recording artiste re-emerges as Cyndi Lionz with her official debut single Rain produced by Bombrush Records, which also manages her.

“The rhythm that the song is recorded on has a lot of water effects, and it reminded me of the pitter-patter of rain. It really does flow, and I remember just recording the demo using an app on my phone… because I don’t write on paper any more. I just record on the track itself, which is much easier for me… and just listening to it and drawing inspiration from that and also from experiences – some personal, some of other persons.”

Rain, which will be released at the end of this month, is not her first try at recording, she revealed. A few years ago, she had entered a Green Island-based studio in the parish of her birth, Westmoreland, but the song did not make it outside its walls. Cyndi Lionz shared that she always knew that if she decided to pursue a professional career as a recording artiste, she would need someone to push her harder.

“Bombrush Records recognised that there is more talent to me than what most persons know me for and has pushed me in the right direction. I started out with a song that had elements of dancehall and hip hop then, and my style has not changed; that is, I still described what I do as a fusion, but I have matured,” she said. “I never lived a cookie-cutter lifestyle – sometimes I stay within the box, but being outside of that box is exhilarating. I also love a surprise, and I am a fan of illusion so, if I can surprise listeners, then that’s an added plus.”

Her decision to test the waters was made at the start of 2020 – pre-pandemic – and it has been a slow yet rewarding experience to hear the lyrics she had written to accompany the rhythm she was given two years ago flow naturally, she said. Influenced by her childhood years singing on the church choir and the sounds of international singing superstar Mariah Carey and local acts like Denyque and Shenseea, she believes she has fashioned a unique sound that people can appreciate.

“Not that I can sing like Mariah in any kind of way, but I have always been a fan of her – her vocals are insane. Then there’s a certain mood Denyque evokes and just the way she mixes the Patois and English; and for Shenseea, I find her intriguing… the fact that her face does not match her content, we will share that as a similarity,” explained Cyndi Lionz.

She further explained that with more female acts emerging, there is no one specific type of sound or genre of music that is being recorded and that she likes “to see more women being inspired and having a voice in a space where the men used to be the ones we would hear mostly.”

“The last two years have been about getting through everyday life and coping with all the changes. My producer was in Europe for an entire year, and we weren’t able to do much work, but I wholeheartedly believe in the concept of better late than never. It is all working out the way it should,” Cyndi Lionz said.

While she does not have plans to light up any fashion runways any time soon, she said that if a modelling job showed up on her radar and it benefited her music career, she would definitely consider it.

“You only have one life to live, so find what you love and go for it. At the end of the day, you don’t want to have regrets and be left saying what if. Modelling as a full-figure model in Jamaica, to be totally honest, is not something you can survive on unless you plan to do more of the risqué jobs like being on a poster for a drink or something of that nature. Right now, I am manifesting all that will add value to me being a recording artiste,” she said.