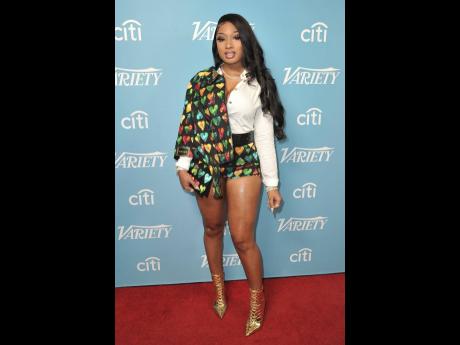 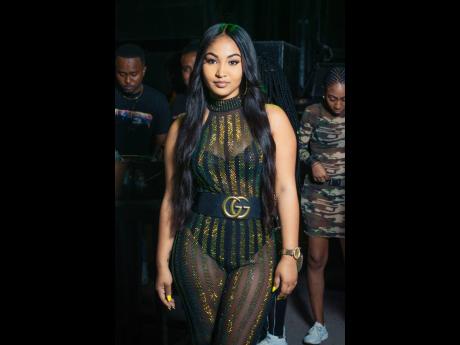 The comparisons between WAP and Lick vary from “a knock-off WAP vibes” to “WAP 2.0,” and it merits the descriptions it has been receiving –racy, raunchy, outrageous, freaky and steamy. But it’s all about marketing, and the visuals have certainly not been ignored by the international community. ‘Megan Thee Stallion & Shenseea Get Freaky In Visuals To ‘Lick It’ hiphopwired shouted, while RollingStone had a clever headline: ‘Megan Thee Stallion and Jamaican Star Shenseea are Cunning Linguists on Lick’.

Even British tabloid, Daily Mail, weighed in with a zillion pictures from the video and a story which started thus: “Megan Thee Stallion and Jamaican singer Shenseea left fans stunned with the music video for their sexually explicit song Lick on Thursday night. In addition to grinding and twerking on each other while wearing skimpy white lingerie, the performers instructed listeners on how to perform oral sex through some very racy lyrics.”

The feedback on social media from both Shenyengs and fans of Megan Thee Stallion is that Lick is a miss rather than a hit. Fans seized on Grammy-nominated Shenseea’s refrain, ‘ Put Your Back in it’, a line from soca star Denise Belfon’s song, and had a suggestion of their own. “Put it back in the studio plz do us justice.”

Megan The Stallion had over five million views on Instagram within a 12-hour period, and many of the comments were not favourable. She paid tribute to her collaborator and noted, “Shenseea is such a beautiful woman with such a beautiful fun spirit. Thank you for having me on this song. I had so much fun.”

Among the comments on her Instagram are: “Somebody said put it back in the studio.”

“Wow, and I thought WAP was freaky, but this takes the cake, lol.”

“Ion Know Bout This One Meg.”

While the jury has decided that Megan Thee Stallion’s verse was pure fire, a lot expressed disappointment with Shenseea and said they were confident that she could do better. However, in the midst of criticism, one person commented, “They both killed it. Sure, Shen didn’t come with bars, but she kept it fun and ‘dancey’, and I love that. She doesn’t have to prove herself. If anything, she proves her versatility.”

Over on YouTube, a fan had a word of advice for both artistes: “For a nation to rise, the queens must stand for something. When much is given, much is required. Songs such as this, along with numerous others, bring nothing to the growth of our females mentally, spiritually, emotionally and psychologically. Women are facing so many issues that two prominent women in music could make a stand against. Time for BLACK QUEENS to rise and be seen for more than just sex and physical attributes or abilities. You’re all worth way more than that. Time to elevate and break them chains.”

Lick is the first single off 25-year-old Shenseea’s upcoming debut album, Alpha, due to be released on March 11.