‘I never thought of myself as a hero’ – Usain Bolt

Retired sprinter looking to earn other titles, records with music 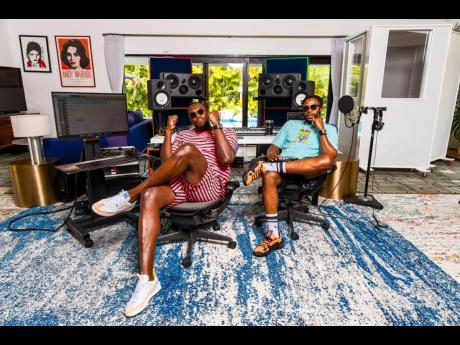 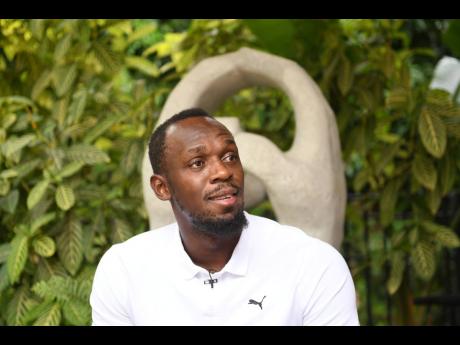 File
Usain Bolt said he has never thought of himself as a hero.
1
2

More than a month after Opposition Senator Floyd Morris called for a motion for Usain Bolt to be declared a national hero, the Jamaican sprint legend said that he is humbled to know there are people who hold him in such high regard but that he thinks differently.

“I apologise, but I am not aware of the news,” said Bolt about Morris’ plans to table a motion in the Upper House so that he could be conferred with the honour of national hero.

At the time, the opposition senator made mention of the motion Bolt was travelling.

“I have never thought of myself as a hero. I just know I have been blessed with talent, and I work hard to maximise it,” he said.

In addition to Bolt, Morris had shared that icons including Robert Nesta Marley (Bob Marley), James ‘Jimmy Cliff’ Chambers, and Louise Bennett-Coverley have presented Jamaica in a positive way and have each contributed to the dominance of the country in reggae music, sports, and culture since the island gained political independence in 1962 and should be declared the three new national heroes, and in the case of Louise Bennett, the second national heroine, in time for the country’s 60th anniversary of Independence.

“It’s humbling to hear that people feel that way about me. It shows that my hard work has impacted people in [a] positive way and motivates me to continue pushing the boundaries [and] what is possible as long as you believe in yourself,” he said. “One of the most important things to me is trying my best to motivate the youths to know anything is possible, don’t think limits.”

Dubbed the fastest man in the world, Bolt still holds the world record in the 100 metres and 200 metres and is the only sprinter to win Olympic 100-metres and 200-metres titles at three consecutive Olympic Games. With his retirement from the track and field, his foray into the reggae-dancehall music industry as a recording artiste, producer, and owner of the A-Team Lifestyle record label has taken precedence.

However, the eight-time Olympic champion-turned-music-business-executive returned to the track as a participant in Expo 2020 Dubai in the United Arab Emirates (UAE). Through a partnership with Gatorade and the Sports, Fitness and Wellbeing Hub at the expo, he participated in a 1.45-kilometre family run to raise funds for the Al Noor Rehabilitation and Welfare Association for People of Determination. He revealed that he also went there for other business that would benefit his music career, noting that the reggae and dancehall culture in the UAE is “not big, but showing some growth “.

Bolt said: “I definitely enjoyed my trip to UAE. The people were very welcoming, and I would recommend everybody, if you can, to visit there. And yes, I made some musical connections while there, and I am hoping to utilise them in the future.”

He shared that it is “extremely important” for him to use the platform he has built to further highlight and promote Jamaica’s indigenous music, and that’s why he has invested time and money into contributing new music and sounds to the reggae and dancehall space.

“I never put limits on myself. [I] don’t want to sound cliche, but the truth is I am always striving for whatever is the best in whatever I am doing. I like my growth in the music business so far and the different things that my team and I are learning. As I have stated before, it’s important for me to get a foot in the musical door, [so] I have no problem creeping, then walk, and then the running starts. We know once I get running, winning is a must, and that’s just my mindset,” he said.

In September 2021, Bolt and his manager, best friend, and business partner Nugent ‘NJ’ Walker, along with his A-Team Lifestyle cohorts, released the record label’s debut album Country Yutes. It featured collaborations with pro-footballer-turned-recording-artiste Bibi Gardner and former Big Yard Studio engineer Kamal Evans, who is currently pursuing a career as an entertainer. It also featured singjay Jae XO on the Need Your Love track with NJ, who stepped into the studio and delivered smooth vocals and lyrics. Other tracks are Living The Dream, It’s A Party, and RIP My G, dedicated to Olympic silver medallist Germaine Mason, who died in a motorcycle accident almost five years ago. The album received mixed reviews, especially from fans of the sprinter who long for his return to the physical track.

“Anyone who knows me will tell you how much I love the music. My first song for 2022 will be released this month, which I can’t wait for the fans to hear. Plus, we have many other projects working on,” he said. He added, “I have something special that we recorded with Yaksta last year to drop soon.”

He and dancer-turner-dancehall-artiste Ding Dong are also working on what Bolt, who has also shared a love of dance, described as a “dancing masterpiece”. The world record holder also eyes the opportunity to make new records by earning a nomination in the Best Reggae Album category of the Grammy Awards though he has not confirmed that he will be submitting the Country Yutes album.

Without confirming that another album was in the making for release in 2022, Bolt said, “Just look out for me to continue releasing music and for major surprises this year.”