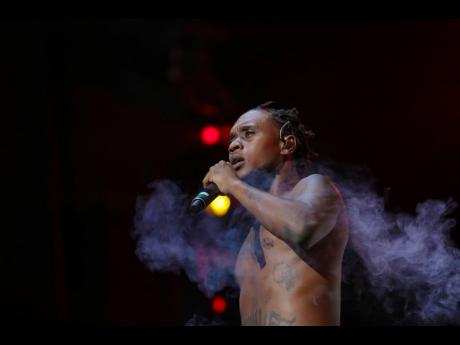 AP
Rapper Slim Jxmmi was arrested in Miami early Tuesday, after attacking the mother of his young child during an argument, police said.

Rapper Slim Jxmmi was arrested in Miami early on Tuesday after attacking the mother of his young child during an argument, police said.

Aaquil Brown, who performs under the name Slim Jxmmi in the hip-hop duo Rae Sremmurd, faces a misdemeanour battery charge. The group was started by Brown and his brother in Tupelo, Mississippi. They are best known for their single Black Beatles.

According to a Miami police arrest report, the woman told officers she had confronted Brown on Monday night about a woman he was following on social media. Brown left the apartment after telling his girlfriend he was going to the gym, but her friends called her later to say they saw Brown drinking at a bar.

The woman told police that Brown and another man smelled like alcohol when they eventually returned home. She said she was trying to move her baby from the living room to a bedroom when Brown grabbed her hair and pulled out her extension.

The woman said she began video-recording with her phone to have proof of Brown's mistreatment of her. She said Brown eventually took the phone by force and threw it off the balcony. Officers reported finding the phone outside and returning it to the woman.

Brown, 30, was being held on a US$1,500 bond. Online jail and court records did not list an attorney for him.