Carnival in Jamaica set for July, but without Xaymaca 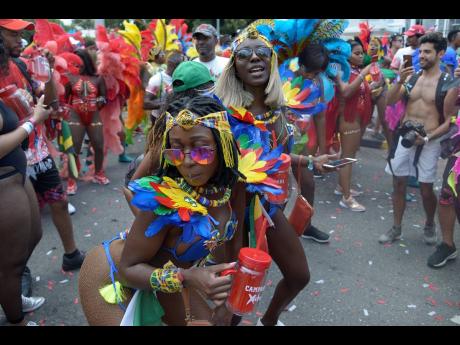 After two years of tabanca owing to the coronavirus pandemic, Carnival in Jamaica is set to take place in July, but it will do so without carnival band Xaymaca.

"We wish all the bands a successful road march in July, but out of respect and prior commitments to our regional and international partners who will be having road marches during that period, we have decided that it is best if we organise our band for a subsequent staging in Jamaica," said Xaymaca Band Leader Andrew Bellamy.

Xaymaca says that with competing carnivals, the expected returns from a July carnival may not be realised. "Our research has shown that carnival chasers regionally and internationally have already made commitments to carnivals and bands that have announced their carnival dates which are within their usual carnival cycle. As such, it is highly unlikely that they will be coming to Jamaica because July is not within our usual carnival cycle," Bellamy said.

The Carnival in Jamaica (CIJ) National Stakeholders Committee announced on Tuesday that the carnival festival season for 2022 will begin on July 1. The road parade will take place on July 10 in Kingston.

Kamal Bankay, co-chair of the Stakeholders Committee, called the move a welcome announcement for the entertainment industry, which suffered a significant economic blow due to the pandemic.

"We are beyond happy to be able to announce, plan and execute another amazing carnival season for all the CIJ revellers we have missed since 2019. Having the event sector closed was devastating to us all, but we believe there is no better way to officially start summer than with a carnival. Additionally, Carnival in Jamaica is the biggest entertainment and tourism earner for our country, with an economic impact of over four billion Jamaican dollars annually," said Bankay.

He said several bands and fetes are now in the process of preparing for the season. One such band is Bacchanal.

Bacchanal Director, Michael Ammar Jr, told The Gleaner that he was "overjoyed at the announcement".

They will kickstart the summer festivities with Rum for Breakfast on June 25 at Hope Zoo.

On Instagram, Xodus celebrated the announcement, telling users that the wait was finally over. "We can't wait to enchant you with all our plans for the road," said the post.

A calendar of events for the 2022 season is expected to be released shortly. Carnival in Jamaica will return to its original April date in 2023.

Carnival in Jamaica was first postponed in 2020 after Jamaica recorded its first case of COVID-19. It was then moved to October, only to be rescheduled to April 2021.

In March 2021, as Jamaica experienced the third wave of the virus, Tourism Minister Edmund Bartlett announced that organisers of Carnival in Jamaica would forego the annual road march and related activities for April 2021 due to challenges posed by the COVID-19 pandemic. No new date was announced.