Turbulence says trip to Africa was the ‘Remedy’ 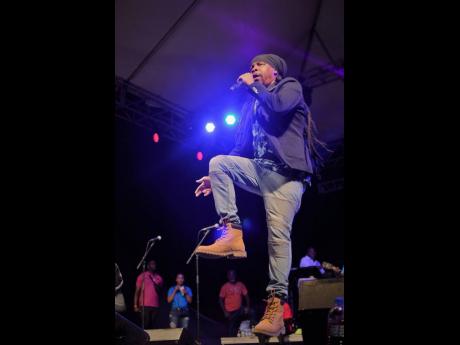 File
Turbulence says that his recent trip to Africa was “lucrative”. 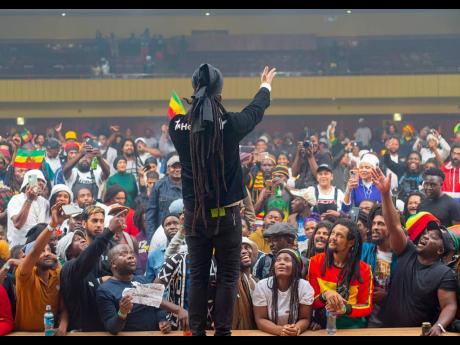 Continue
Reggae-dancehall singer and songwriter Turbulence addresses the crowd of people who turned up in Cape Town for his concert. 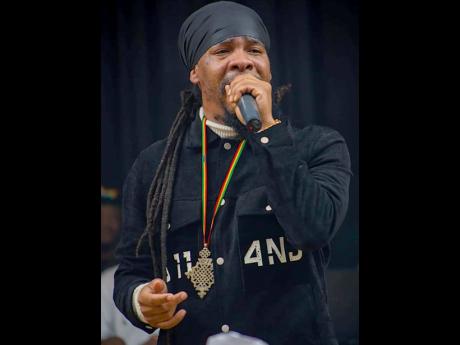 As a reggae-dancehall artiste with several hits and a mentionable following in Africa, Turbulence has done his fair share of jetting to the continent; and when one trip ends, the next is already being planned. He recently returned to Jamaica from Africa, where he performed for a series of concerts under the One Reggae Music Ah Play tour.

He visited Uganda in Eastern Africa for the first time, after which he travelled southeast to Malawi, then made stops in Cape Town and Johannesburg in South Africa.

“As soon as the place opened up back, I had to take the long journey to Africa. I was happy to see Uganda and to return to Malawi for the second time around. I actually came back a week ago. It was all round a very good trip – a lucrative one – because of the success of the shows, and the knowledge I have gained,” Turbulence told The Gleaner.

The Name and Number artiste’s first trip to the continent was to Kenya, approximately eight years ago, where he performed for a concert in aid of opening a medical infirmary. He pointed out that the visit then not only influenced his visibility within the country, but was also an illuminating experience for him, “making certain tribulations of the people more visible to me”.

This time around was no different, as the entertainer saw first-hand how the children are affected by their social inequality, he said.

“The tour was based on my new album titled Remedy, which, owing to the pandemic, could only happen now. And to be truthful, it was like a remedy for me. Me like fi have close relationships with my fans and to connect a piece of their culture with my own – Africa is close to home, you get me? From the people, the cultural and social identity, to the music,” he said.

During this tour, outside of performances, the artiste walked through the towns and communities. Turbulence said he was touched by the people, especially walking through the town. They continue to show the same optimistic and open energy of people living in better conditions, he said, adding that “it is amazing to see people treating you like a king and it’s not necessarily where you’re from, and even while things are not good for them”.

He blames ignorance for how people treat poverty, making reference to a “distressing reality” in Uganda. He shared, “Seeing a 13-year-old with a baby on her back, it really opened my eyes to certain things. Some people in Jamaica who describe themselves as poor should not even say that, because them same one still manages to buy and wear a Clarks Originals boot,” he said. “Within the towns of Uganda, I saw people experiencing real hunger and living in poverty. We need to do a lot more to help of our brothers and sisters.”

Growing up, Turbuence, along with his mother and siblings, often did not have enough food to eat and he would often become involved in mischief. But he remains especially grateful for being able to rise above impoverished social conditions to pursue a career that has been recognised locally and internationally.

The entertainer, whose real name is Sheldon Campbell, hopes to make a difference in the continent and educate others about the state of the countries, even through the use of music. Turbulence also expressed that each trip to Africa has been deeply influential to broadening his art. And while art often imitates life, his music will depict a fusion of local reggae and dancehall and other genres, including the versions of dancehall gaining popularity in Ghana, Zimbabwe and Uganda.

He said, “As part of the making of my album, I asked my producer to get music, rhythms from all genres, and different reggae bands globally to make a wholesome project. And in my tour performances, I sang songs for every African country, which has over the years created their version of dancehall – Zimdancehall of Zimbabwe is different from that in Uganda. It sounds close to ours, but, of course, them have Afrobeats in it.”

Turbulence said that he is open to collaborating with the African artistes who have created their own versions of dancehall, because it can only bring forth good for the cultures.

“There are so many artistes I could highlight; I would collaborate with a lot of them there…them ready fi the world. They speak different language (some will perform or record English in their tracks), but what amazes me is how they ride the rhythm. To hear them sing my tracks fluently is touching,” he said.

“Many never dream of Africa, and being there in the motherland is different. I’m already planning to go back, and I’ll be in Reunion Island, which is in the region and has a mixture of people. I leave for Belgium soon and should be visiting other countries, like Australia, before the year ends. Also, through my label, Black Carpet Records, we have a project working with new talents, trying to instill in the youth the need for consciousness and using music as the remedy,” Turbulence stated.