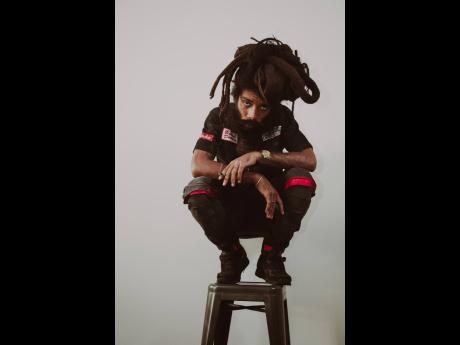 Contributed
Yaadcore has a mission to inspire people. 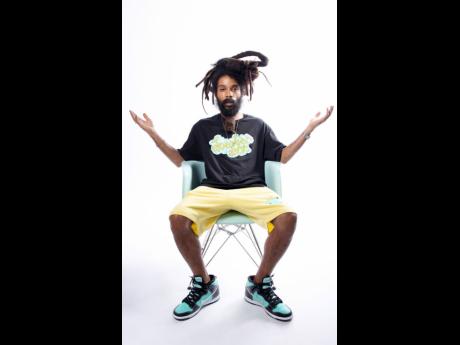 Call him a mixtape assassin, call him a staunch advocate for reggae music, Rory Cha, more popularly known as Yaadcore, has earned numerous titles since emerging as a selector. Championing the combined power of conscious lyrical narratives embedded in rhythms rooted in the authentic culture of reggae, Yaadcore has long been committed to introducing the music of many artistes within the reggae revivalist movement and is widely known as Protoje’s touring DJ.

Standing firm in his mission to service the local entertainment industry, he recently launched his career as a performing artiste.

“Stage is my backyard. I have definitely grown a lot but I still have a lot of growing to do. Being a selector makes me comfortable on stage because I am used to interacting with an audience already,” he told The Gleaner.

Now that he has introduced himself lyrically, he said that there are so many sides to him that people are yet to know, from his advocacy for youth development and education, to plant medicine and how much of a role his children and family play in his journey, some of which he shared on his debut album, which was released officially on his birthday on April 8.

The major theme of Reggaeland, which is Jamaica, and everything that encompassed within the Jamaican culture. “That’s marijuana and Rastafari and my music is to bring people closer to the most high. That a my mission to inspire people to know themselves better and the creator,” he said. Find out who has had an influence on Yaadcore, what he is passionate about and where he wants to go in this week’s Five Questions with…

1. Where has been one of the most eye-opening places you have travelled to throughout your career?

When I travelled to Africa between 2015 to 2018, it opened my eyes to seeing why we, as a race, are the way we are. It also showed me how much us here in Jamaica are connected. I went to Kenya, Ethiopia and countries in South Africa. Another place I like is Japan for the fashion culture and for the aesthetics and architecture of the land. In the US, I love California.

2. How important is it for your family, and more specifically your children, to understand the demands of your work and the message you are trying to instil through your music?

It’s extremely important. I wouldn’t say it was unfortunate, but me get me yute at a young age – 18 years old to be exact and me turn 19 six days after. So, it is definitely important fi dem know my journey and for them to see how them must manoeuvre themselves within this lifetime. The way me hold the Creator, the Most High close to my heart, that is the biggest example me want them take … to know the importance of God in their lives and in everything. From you are sincere to the Creator yuh nuh have nothing fi worry ‘bout. Right now me just a put in the work so them can be alright.

3. Do any of your children have an interest in music?

Streme [the eldest] is a baller but I think the one who show most interest in music is my youngest son, Shaliv, and he is just five years old.

4. Another of your passions is skating. Do you see this becoming popular in our local culture?

It is in a developmental stage. Right now, the skating community and the skate park need supports and proper funding. The more exposure the industry gets, the more skate parks will pop up around the island. I want to be part of creating avenues for the youths to get involved.

5. Fo r your debut album you have a collaboration with the late great Lee Scratch Perry. How do you feel knowing that you were one of the last artistes to collaborate him, and what impact has he had on you and your career?

Lee Scratch Perry remains one of the greats. From his music to his character, he is inspirational because he was who he wanted to be without any concern of who is watching or the thoughts of other people. He was a man who did everything from scratch showing the creativity that comes from within. That is a great example.

Brawta: Your hair is part of your signature, original look. Is there a particular hair care routine that you have?

Apart from washing it naturally and making the sun dry it? No enuh (laughs) I just allow it to be free and make sure it is clean.