Theatre stalwart Barbara Gloudon a guru in her field 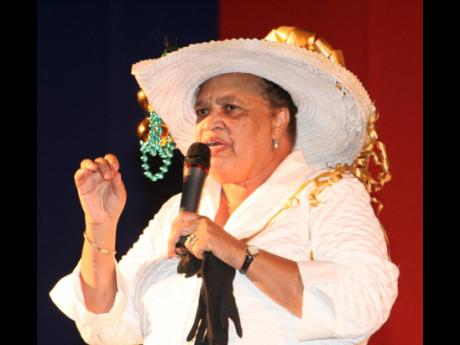 File
Barbara Gloudon performs in '876 Palaver' at the Grand Commemoration Concert & Pelican Awards of the University of The West Indies (UWI), Mona. 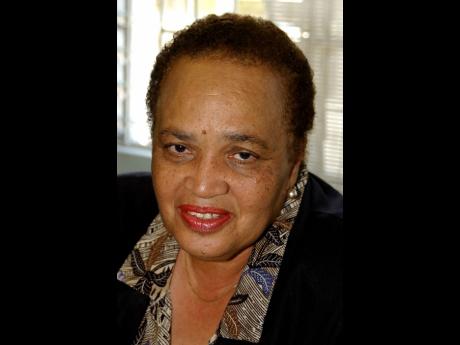 Gloudon, 87, passed away only 11 days after her husband, known food technologist and orchid enthusiast Ancile Gordon.

It is rare to have consensus on the pre-eminence of any person in the arts. But the Jamaican theatre community would argue that Mrs Gloudon is a guru in her field — as a scriptwriter for the Little Theatre Movement since the 1960s — who has managed to recreate real life on stage consistently and without fail. She also hosted a radio talk show for the better part of 30 years and wrote radio drama.

It all started with Moonshine Anancy and ended with All Aboard Fi De Windy Rush, in 2018 which speaks to the plight of the Windrush generation persons invited to the United Kingdom from the Caribbean, in particular, Jamaica, from where it was speculated, 500 persons were transported between 1948 and 1971.

“She was extremely proud of her work with Augus Mawnin, which spoke of our ancestors marching for full freedom,” said Anya Gloudon, who worked by her mother’s side in charge of costume and stage design.

Anya added, “It hot, but we nah give up. We were blessed and lucky to spend so many years working creatively with her.”

Barbara GLoudon is survived by her daughters Anya, Lisa, and son Jason, as well as her siblings Howard, Bunny, Kingsley and Karl (twins), Keith, Lorna and Nigel.

She had a distinguished career as a journalist, for which she received several awards from the Press Association of Jamaica (PAJ).

Gloudon was inducted into the PAJ's Hall of Fame in 2013 and received the Special Lifetime Achievement Award for her unparalleled service to journalism. She was bestowed the Order of Distinction in 1975 and later, the Order Of Jamaica in 1992.